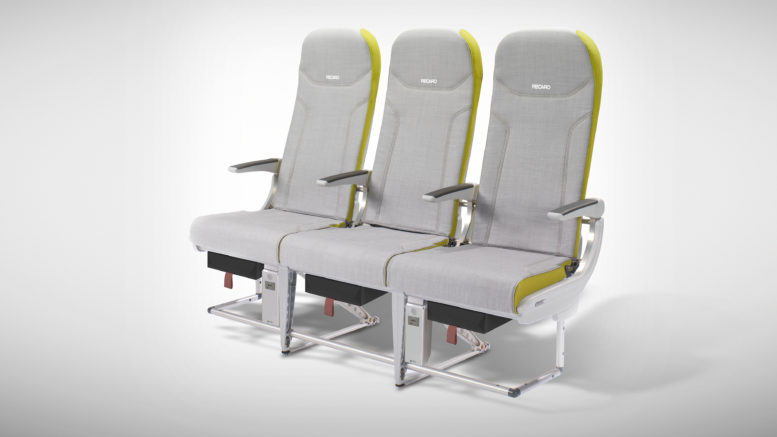 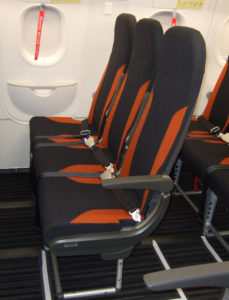 British Airways and Iberia have ordered new lightweight short haul seats from Recaro Aircraft Seating, the market leader for economy class seats. The seats will be installed on the two European airlines’ new Airbus A320neo and A321neo aircraft and are scheduled for delivery in early 2018.

Alex Cruz, BA’s CEO, said “We particularly need world-class aircraft seats that are utterly reliable and robust, yet also light and easy to maintain, for our extremely busy short-haul flights within Europe.

The innovative seat covering adapts optimally to the passenger’s spine enhancing comfort. In addition, the backrest – thanks to its slim design – provides the passenger with increased leg room and enhanced personal space.

You may well have experienced these seats on easyJet already. The seat pitch for these will be 29″ which explains how BA plan to achieve the extra seats I spoke about in this article. This is less than Ryanair currently has at 30″. However, with the new seat design it should mean that the difference may not be that noticeable due to the slimline design. What will happen in Club Europe remains to be seen.

Have you flown in these seats on easyJet? Did you find them comfortable? Let me know in the comments below.

It is now just over 2 weeks since BA introduced their new short haul catering which I talked about here. So how has it been going? Well, there have been a few hiccups with the new service, as often happens with something new. As I predicted there have been issues with the ‘long’ route bands where there have simply not been enough staff on a busy Club sector to be able to provide the service levels required with the new product. The routes that are now in the ‘medium’ group that lost a hot meal, have received a backlash from some customers. This was made worse by the fact they have sometimes not had enough hot sandwiches and on some flights there are reports of customers being served half a sandwich! 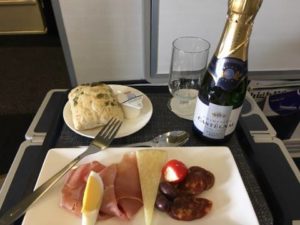 Brunch on a short category route

Hopefully as staff and suppliers get used to the changes, things will improve. Apparently BA are monitoring feedback carefully, and a couple of changes have already started to appear. These may not appear on all routes and seeing as it is constantly evolving, it remains to be seen if they stay. These are on the short and medium routes:

Lunch (11.00 – 13.59) and dinner (17.00+) : The salad which seemed miniscule before and didn’t actually have any salad, has got a little bigger. Cheese and biscuits have been also been added. The panini or hot sandwich now has a side salad.

However it didn’t appear in time for my Roving Reporter who was not very impressed by his brunch plate last week from Amsterdam.

If you are planning to travel to Spain on one of the medium routes, it may be worth considering Iberia instead. Iberia has a full 3 course meal at main meal times on UK-Spain routes in business class. You would, of course, still get your Avios and tier points or could use Avios to book the flights. It’s also worth remembering that Iberia have a different peak and off peak calendar, so at times will be cheaper for Avios redemptions than BA.

Long haul buy on board being considered 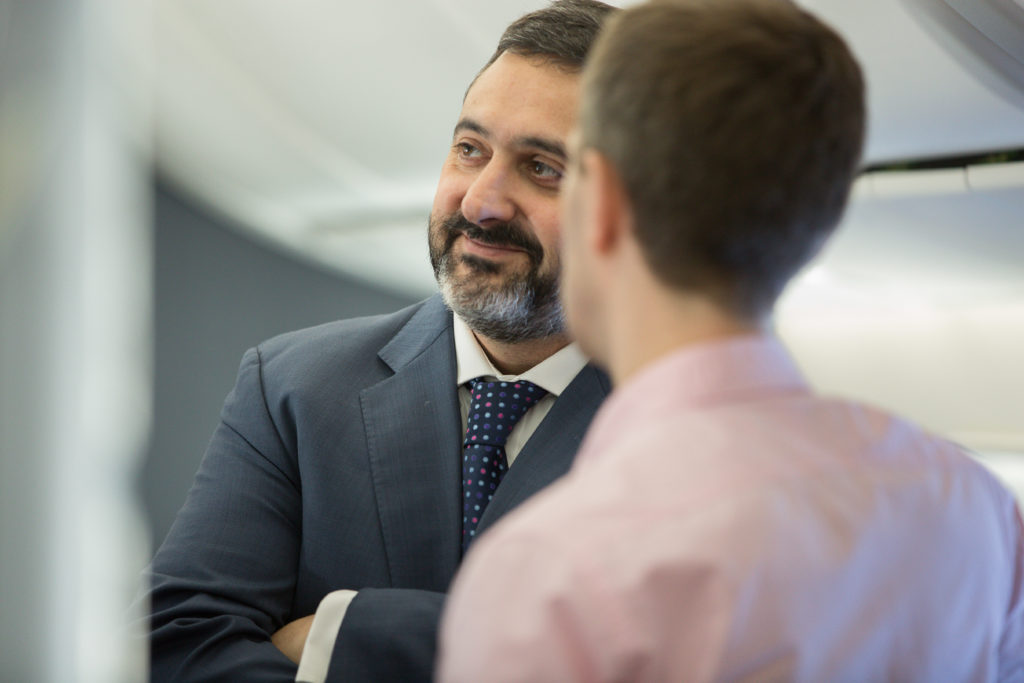 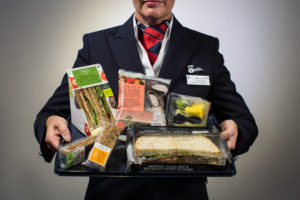 Just when BA were getting some positive press, Alex Cruz, BA’s CEO, managed to put BA back firmly in the firing line. He spoke to the Sunday Times about the current BA buy on board insisting it was a success.  Mr Cruz said: “It’s going great. Customers say to us: ‘Finally, I have good choices. No more chicken or beef’.” I think he will find that there has not been a choice of chicken or beef for many years on short haul. Customers were lucky to get a bag of crisps before on some routes, so he is either making it up or spoke to people who hadn’t actually flown BA short haul! If you are reading this Alex, you are still offering beef or chicken, just in a paid-for sandwich. That is, of course, if they have any left by the time they get to you!

Asked if the M&S service could be extended to economy tickets on long-haul flights, he said: “We might do it.” He then went to insist that BA would regain its reputation within 2 years as “the best in Britain and the best in Europe”. I can only assume he means when they finally get the new seats in Club World. Even then, from what I have seen of the leaked design, it still will not be as good as many of its competitors’ seats.

The official statement was slightly different, however. Later a BA press statement said: “We have no plans currently for a buy-on-board economy product on long-haul, but if that is what interests customers of the future, we will listen.”