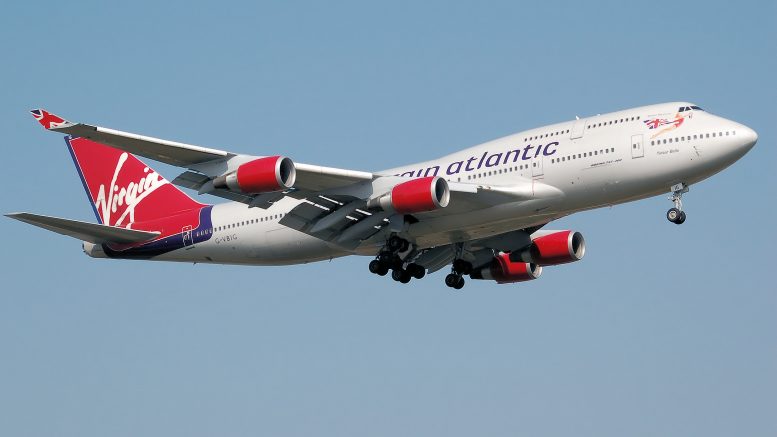 Virgin Atlantic is opening the cabin doors to its last Boeing 747 for the final time, in what’s set to be the hottest ticket in town for aviation enthusiasts.  For one day only, the public will be able to purchase tickets for the ultimate 747 experience, including the opportunity to dine on-board, safely, in Upper Class. This is a great way for av geeks like me to say goodbye in style. It sounds like an amazing evening!

As the airline’s fleet of jumbos are retired to make way for a younger, more sustainable fleet of A350-1000s and B787-9s, Virgin Atlantic is allowing fans one final fix inside the Queen of the Skies.  Hosted at the airline’s Heathrow hangar on 12th December, visitors will experience a full aircraft tour, where they can delve below deck to explore areas of the plane the public rarely see, as well as enjoy a three-course on-board meal. Proceeds from ticket sales will be donated to The Trussell Trust.

Virgin Atlantic pilots, cabin crew and engineers who have worked on the 747 will be present to provide first-hand accounts and anecdotes on what life was like on-board the famous jumbo jet.

During the three hours on board you get: 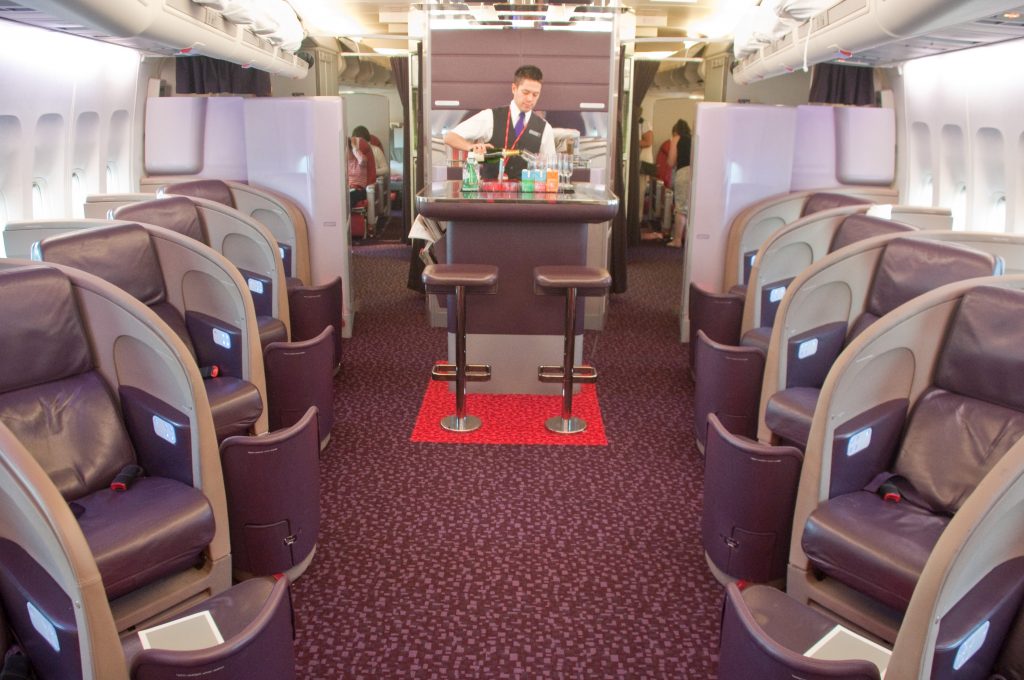 B747 Upper Class and bar Image by Phillip Capper under Creative Commons license 2.0

Health and safety is Virgin Atlantic’s absolute priority, so due to Covid restrictions and to allow for social distancing, only a limited number of tickets are available for purchase.  These will be allocated on a first come first serve basis via  https://virg.in/747experience from 9am on Monday 7th December.  Each ticket is priced at £50 with all donations going to the Trussell Trust.  The Trussell Trust support a network of food banks and provide emergency food and support and campaign for change to end the need for food banks in the UK.

“The much-loved Boeing 747 has played an important role in Virgin Atlantic’s story.  It carried our first passengers to New York 36 years ago on our inaugural flight and over the years has transported countless millions of holiday-makers and business travellers safely around the world.  As we close this chapter and continue the transformation towards a cleaner, greener fleet, what better tribute than to showcase the Queen of the Skies one last time.  I’m delighted we’re able to offer this opportunity to a lucky few to be part of aviation history, before we say our fond farewells to this iconic plane.”

As the airline moves forward to a more sustainable fleet, Virgin Atlantic’s legion of 747s have now ceased operations in favour of cleaner, greener, twin engine aircraft, comprised of the Airbus A350-1000 and the Boeing 787-9 Dreamliner.  Each of these new planes is on average 30% more fuel efficient than the four engine aircraft they replaced. This investment alongside improving operations has led to a 20% reduction in total aircraft emissions (2007-2019), and these latest changes will generate approximately another 10% improvement in fuel efficiency in our fleet overall compared to pre-Covid-19.

Boeing 747-400 G-VROY is estimated to make its final departure from London Heathrow on the 16th December.

1 Comment on "NEWS: Avgeeks dream: Virgin says goodbye to B747s with pop up dining onboard for fans at Heathrow"