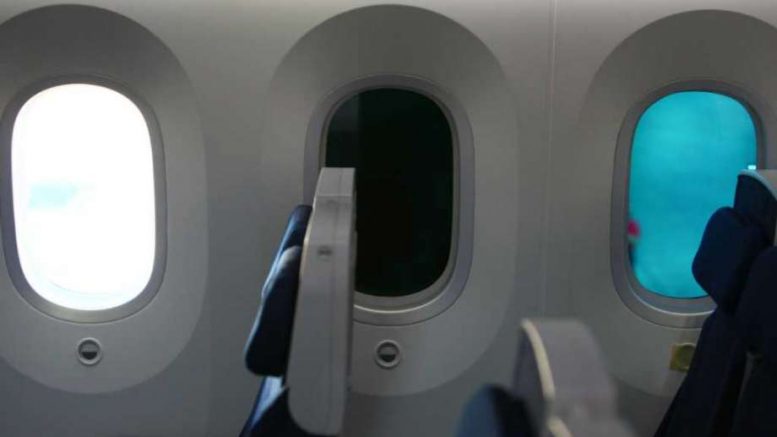 Putting aside the B737MAX disaster, when it comes to modern aircraft I am generally Team Airbus with the A350 being one of my favourite aircraft to fly on. A lot of this is my dislike for the lack of window shades on the B787. As a bit of a tech fan, I admire the window dimming as a feat of technology. On the other hand, I really dislike it as it actually fails at precisely what it is meant to do! The crew can override it too meaning you have no control if you just want to slightly un-dim it on a day flight when they have decided to dim them all. Plus if you are sitting with the sun directly on the window and want to sleep, the light still comes through.

Now Airbus have decided they will do the same with their new aircraft. Gentex who make the windows for Boeing, announced at the Consumer Electronics Show (CES) this week that its electronically dimmable windows will be installed on Airbus aircraft. The exact airline and aircraft details will be announced in April.

Windows allow passengers to selectively darken the aircraft windows as desired while still enabling them to view the scenery outside. Not only do these eliminate the need for traditional window shades, but they also incorporate a heat control solution which blocks infra-red energy from entering the cabin from outside – thus lessening dependence on air-conditioning systems.

Fortunately, the design of the windows has moved on since they were installed on the B787s. The latest Gentex EDWs feature high-speed transition between clear and dark and a new ultra-dark low-end transmission. Compared to previous designs, the latest EDWs darken twice as fast and become 100 times darker, effectively eliminating more than 99.999% of visible light. These will be fitted to the B777X as well as any Airbus orders that are selected to have the windows. Hopefully, I will find these a lot more effective than the current design. 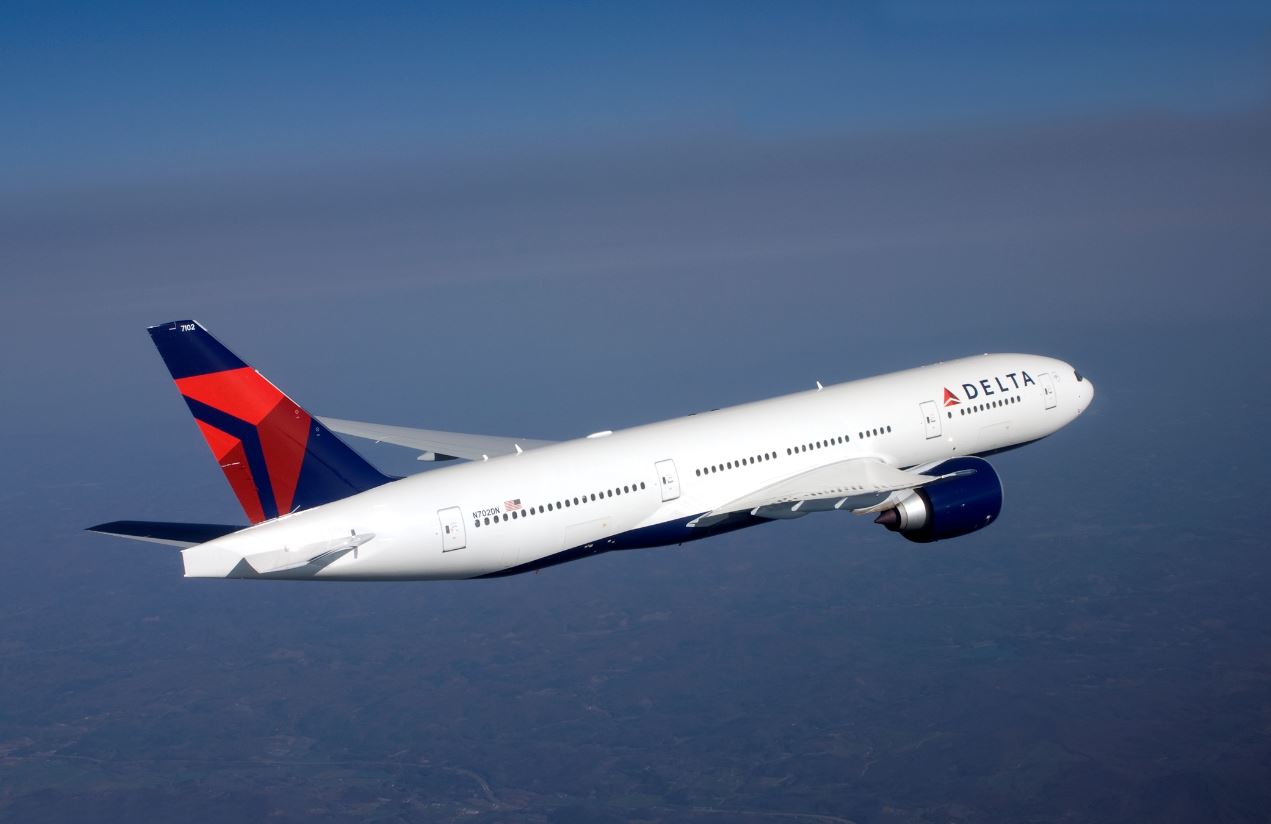 A bit like hotels 15 years ago, Wi-Fi on airlines is becoming ubiquitous and I would expect within 2 years for it to be on virtually all long haul aircraft with major airlines. However, free Wi-Fi is an altogether different beast with some airlines (Iberia is a good example) charging very high prices for tiny amounts of Wi-Fi data. In premium cabins, many airlines are giving free Wi-Fi with BA recently offering free Wi-Fi in First for example. Aircraft wide free Wi-Fi is a different matter.

At the current technology show, CES in Vegas, Delta’s CEO gave an interesting talk on what he was planning for Delta customers in terms of technology.

“Wi-Fi should be free on all flights,” CEO Bastian said. “I’m confident we will reach that goal within the next couple of years at speeds as fast as on the ground.”

Hopefully, this will start encouraging all airlines to offer free Wi-Fi although part of the issue is the older Wi-Fi technology on many airlines would offer such a poor speed if everyone was using it, charging at least makes the Wi-Fi worth using! This is what has prevented Delta delivering a definite timeline so far. Bastian said the airline has a team working “nonstop” to add bandwidth to allow it to happen.

He also announced some other interesting initiatives: 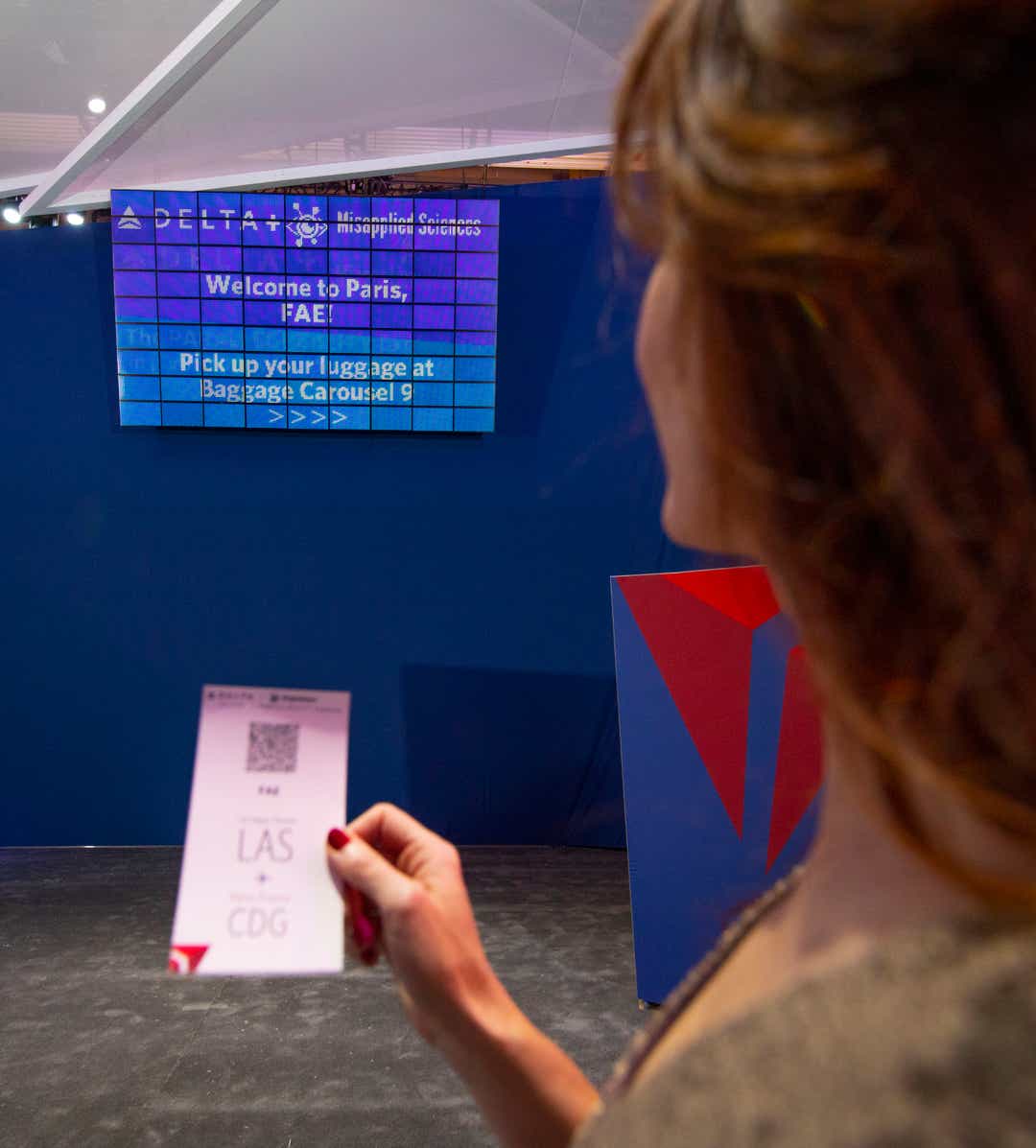 Delta Air Lines, in partnership with Misapplied Sciences, will launch the first-ever PARALLEL REALITYTM beta experience for customers departing Detroit Metropolitan Airport this year – the first step toward a future where the airport environment itself is tailored to each customer.

This new, opt-in technology allows multiple customers to see personalized content tailored to their unique journey on a single digital screen – at the exact same time and in their preferred language. At a glance, the technology will provide wayfinding and personalized travel information, like directions to your departure gate, or the closest Delta Sky Club.

“This breakthrough technology has to be seen to be believed – it has the potential to make even the busiest airports much easier to navigate, even if you don’t speak the language,” said Delta Chief Operating Officer Gil West. “Not only will Parallel Reality reduce stress and save time for our customers, but when combined with the warmth and thoughtfulness of our Delta people, the possibilities are endless.”

For the beta experience in Detroit, nearly 100 customers will be able to simultaneously view personalized content tailored to their individual travel on a single large-scale digital screen located just after security. Customer and employee feedback from this opt-in trial will be critical to shaping the future experience.

How the beta experience will work: 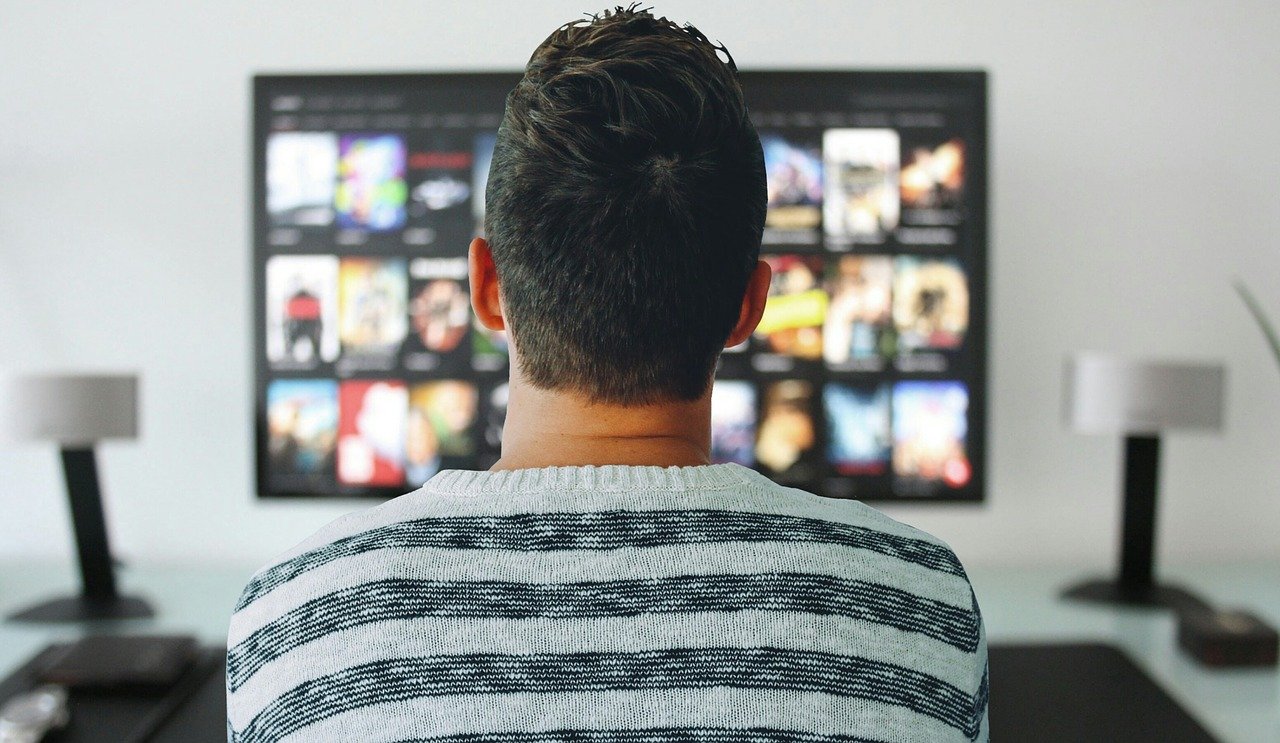 Slightly more down to earth will be the ability to binge-watch series onboard Delta’s aircraft and before you even board!

The airline plans to allow passengers to start their in-flight entertainment on the Delta app as soon as they check-in for their flight and finish it on the plane, using onboard screens or the app.

The exact timeline isn’t known yet, but the airline said it will take the first step this year by testing a binge button on seatback screens so travellers can stream TV series like they do at home. Like Netflix, they will also have a feature that will recommend shows and movies based on passengers’ previous entertainment picks. 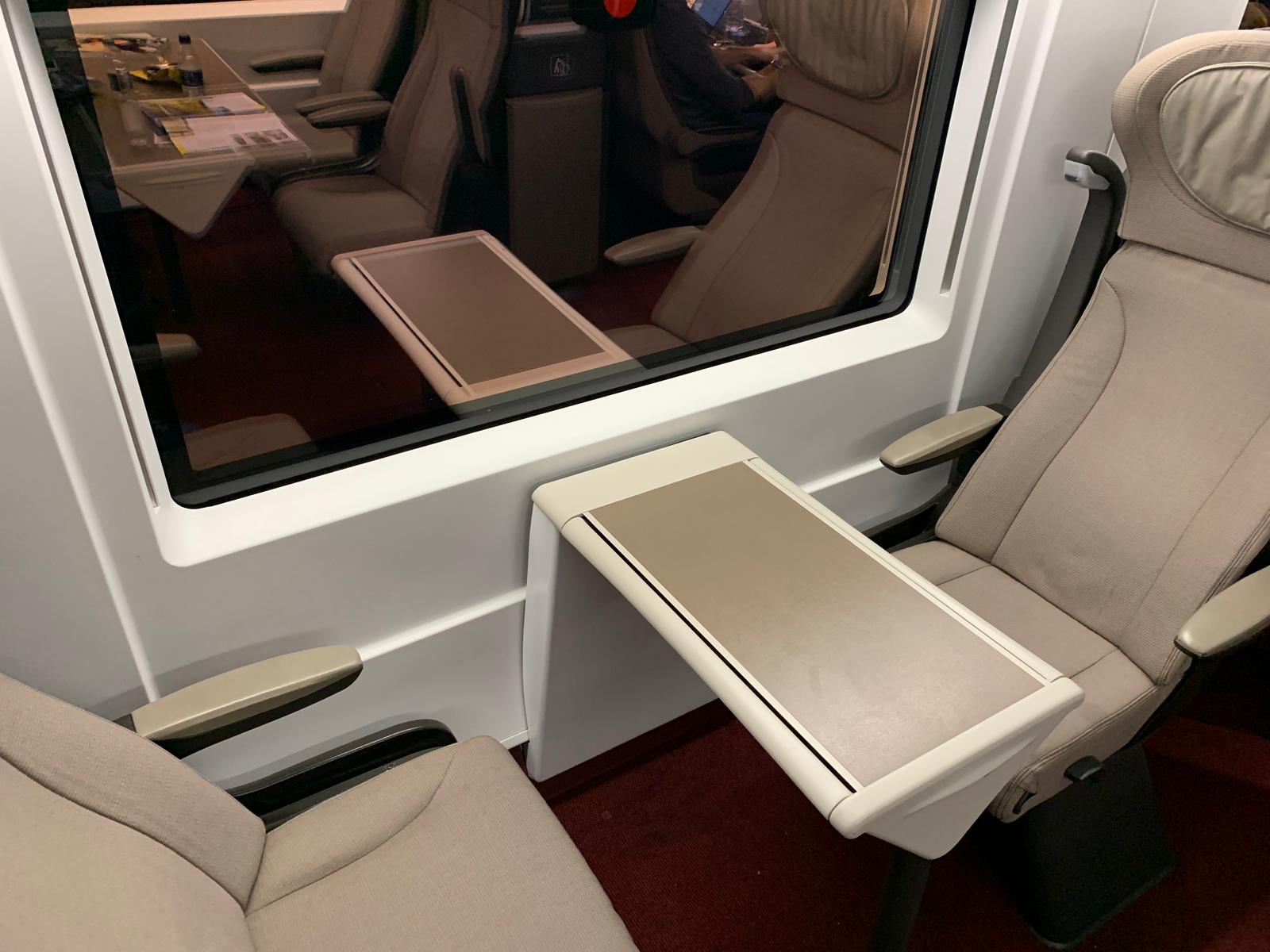 If you fancy a short break and want a change from flying Eurostar have some excellent deals to Paris, Brussels and Lille. The prices start from £29 one way in standard class or £70 in standard premier. If you live within easy reach of the Eurostar terminal it is worth trying it out as an alternative to flying. Although it seems like a fairly long journey time, when you take into account getting to the airports and the time for security, check-in and collecting luggage, Eurostar is likely to be faster. It takes 1 hour 50 minutes to Brussels and 2 hours 15 minutes to Paris from London.

Certainly, for business purposes, it is useful in terms of the amount of productive time you get on board and if you are travelling for leisure it is often a less stressful way to travel, especially since you end up near the centre of the city you are travelling to. I enjoyed Eurostar when I travelled on it and if it was more convenient to reach a terminal I would certainly consider it for travelling to Paris rather than flying.

The fares are for between London St Pancras International, Ashford or Ebbsfleet and Paris, Lille, Calais, or Brussels, in Standard and Standard Premier class.

Be the first to comment on "NEWS & OFFERS: Airbus goes all Boeing, Delta promises free wi-fi & parallel reality + Eurostar from £29"