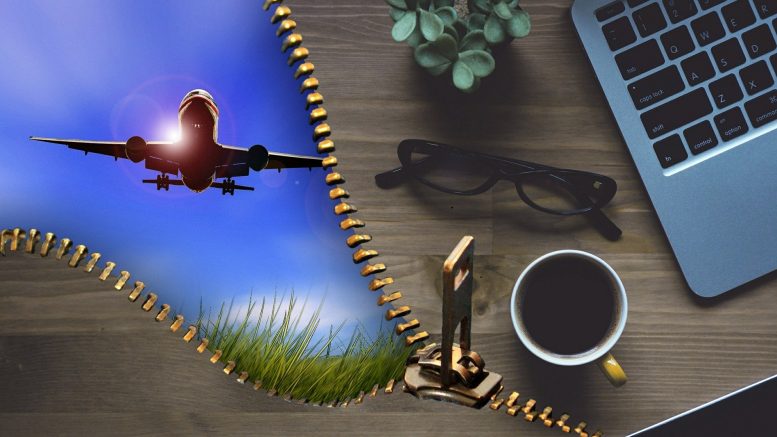 As a change from all the slightly depressing COVID related articles and flight cancellations, I thought I would do a series of articles on how to travel from your armchair. I have enlisted some help from other travel bloggers to come up with a list of books, films and TV series to binge-watch until we can travel again. If you want further inspiration then feel free to check out my fellow bloggers’ websites!

In this article, we will look at binge-worthy TV that inspired us to travel, remind us of our travel experiences or simply make us laugh.

Jack Whitehall: Travels with my father

If you are after a TV show that will both inspire you to travel and make you laugh out loud, Jack Whitehall Travels with my father is ideal!  Jack Whitehall is a British comedian, mainly known for starring in Fresh Meat and Bad Education.

In 2017, he asked his 77-year old father to join him on a backpacking trip through Asia. Unexpectedly, Michael Whitehall says yes, and that is where the adventure begins.

But what makes this show so good? Well, there are many reasons! Firstly, the dad is 77-year old. Secondly, the Whitehalls are a very posh and wealthy family so clearly the backpacker style is not quite something Michael Whitehall is familiar with. Lastly, the son and father have a complicated relationship, and it’s very entertaining to watch them trying to understand each other.

In the first season, they go to Asia and discover some typical “gap year” destinations such as Thailand, Vietnam and Cambodia.

The show had so much success that it was then renewed for two more seasons. The second season is set in Europe (a continent that Michael Whitehall famously voted to leave) and the third season in the United-States.

Where you can watch it: Netflix

Comedian Richard Ayoade hosts this brilliantly funny travel show, in which he takes other celebrities on weekend getaways around the world.  The best thing about this show is that it’s got the perfect mix of travel and comedy.

In each episode, Ayoade and his guest explore a different city (mostly in Europe) in 48 hours. They sample some typical foods and drinks, cover some of the must-see tourist attraction and local experiences, and sometimes go off the beaten path and do all sorts of unusual things.

It’s all presented with tons of dry humour and a lot of amusing moments.  I especially like the episodes in which the guest celebrity is another comedian. Some of the funniest episodes are the weekend in Valencia with Sara Pascoe, the Amsterdam episode with Joe Lycett and the Porto mini-break with Nish Kumar.

This super entertaining travel show has had 10 series and 3 Christmas specials, so there’s plenty to binge on.

By Tal Bright from Bright Nomad

In The Kindness Diaries Season II, Leon Logothetis – American author, traveller and simply a good person – travels all the way from Alaska to Argentina in a yellow Volkswagen Beetle. But here’s the catch: he has no money to pay for food, lodging or gas. Solely relying on the giving and sharing nature of humankind, he makes his way down South through beautiful countries that will make you want to jump on a plane right now. But what really makes it a great series is how, whenever he receives kindness, he tries to give something back and thus effectively changing the lives of so many people.

It’s not the first time Leon went on an adventure like this. In the first season of the series, he discovered Europe and Asia while driving a vintage motorcycle with sidecar named Kindness 1 – his choice of vehicle inspired by Ernesto Che Guevara (remember The motorcycle diaries). His trusty yellow beetle from the second season – aptly called Kindness 2 – has to endure some pretty tough circumstances. From freezing temperatures and snow blizzards to road conditions that aren’t fit for a vintage car.

The series wants to move you and might cause you to dream, smile and cry at the same time. But most importantly, it might inspire you to change your way of travelling. To think about how we can all make a difference if we want to.

By Babs from Mums on flipflops

Then to the opposite side of the coin:

While many of us lament the fact that we live in such a hateful world, comedian Jamali Maddix takes it upon himself to interview people from multiple countries to see why we often harbour hate for his TV show, Hate Thy Neighbor. It seems as though this is a mixture of human nature and hurt. Maddix visits the USA, Britain, Israel, and a few other countries to explore the culture regarding hatred. While remaining unbiased, Maddix is able to shed light on the history of these countries to better understand why people choose racism over unity. Although this is a deep topic, the show remains lighthearted.

After watching each episode, your eyes become more open to the injustice of this world, and your hearts become more understanding of the monstrous people you didn’t even think actually existed anymore.

While soaking in the information found in this TV series, you may find yourself wanting to visit these destinations and spreading just a bit of joy to those who are trying their best to stand up for themselves in the face of hatred.

By Raquel from Meals And Mile Markers

One of my personal favourites:

Come Fly with me

The show is a parody of the British documentaries Airport and Airline, and it follows the staff and passengers of three fictional airlines (FlyLo, Our Lady Air, and Great British Air) and London Stansted Airport.

Like the duo’s previous creations, it, of course, takes things to the extreme and is very un-politically correct, but that’s exactly what will make you laugh about it.

Amongst the crazy characters are Ian Foot (Walliams), an arrogant immigration officer who always has a bizarre reason not to let people get into the country, Fearghal O’Farrell (Lucas), a gay flight attendant in the pursue of becoming Employee of the Year of a low-cost Irish airline, and Omar Baba (Williams), the Arab owner of the low-cost airline FlyLo.

Where you can watch it: Netflix, Amazon, DVD

James May, Our Man in Japan – A Journey through Japan with a dash of British humour

This six-part travelogue, hosted by James May (of Top Gear/The Big Tour fame), tries to get under the skin of Japan and show a different side to Japanese culture from the usual type of travel documentary.

As you’d expect with a Japan travel show there are the usual scenes of cherry blossom festivals, a tea ceremony with a Geisha, bullet trains and robots (look out for Bim, a robot tour guide – super cute but proves we are some way off robots taking over the world).

However, we were promised a travelogue with a difference, and that’s what we get. Other activities explored include dog sledding, a competitive snowball tournament, Japanese train spotting (complete with jingles for each station) and clothes shopping with a J-Pop band.

At times it feels like you are travelling along with James, even being there for a disagreement with his producer.

I started to watch this series as a consolation prize when my trip to Japan was postponed due to current events. And while it obviously doesn’t make up for not going, this fun, entertaining and informative series gives a great insight into the land of the rising sun.

A must watch if you are a fan of Japan or planning a future trip.

Where you can watch it: Amazon Prime

Travelling and getting to know foreign cultures should be done also through food! From street stalls in Southeast Asia to popular eateries in the States, connecting with locals on the food level is always a good idea.

Somebody feed Phil features Philip Rosenthal travelling around the world and tasting local cuisines. He’s a bit of a goofy character himself, having made a name in the (American) entertainment industry as the creator of the popular sitcom Everybody Loves Raymond.

This funny New Yorker gets easily excited about local food, effortlessly befriends locals and has not hesitated to bring his family onto the show. His brother is one of the cameramen and each episode features Phil making a Skype call to his parents about his current location and its food.

Somebody Feed Phil is a light-hearted travel/food documentary and one that can serve as an inspiration for anyone’s eating trips.

Where you can watch it: Netflix

And here are some of my own recommendations:

Where you can watch it: Amazon DVD

If you are a foodie that loves travel then this is for you. Anthony Bourdain was an American chef whose Parts Unknown travel and food show won 12 Emmy Awards. In the show, Anthony Bourdain travels the world visiting lesser-known places and in particular, enjoying their cultures and cuisine. In the first season, he visits an eclectic mix of countries including Peru, Libya, Colombia and the USA.

Where you can watch it: Amazon Prime

If like me, you are missing out on a Hawaii trip or fancy going (see some amazing deals here) then this is the one for you. Based on the original TV series with Telly Savalas from the 1970s, this crime series is set on Oahu, primarily around Waikiki Beach and Honolulu. With the rather dashing Steve McGarett, as the leader of the Hawaii Five-o task force, this series has it all. Action, adventure, beautiful people, humour and stunning scenery. What’s more, there are nine series to keep you busy!

Where to watch: Amazon Prime, DVD

I should have just got back from Las Vegas (you can read my guide to planning a trip here) so this is another of my personal guilty pleasures. Yes, it’s a frothy US TV series about Las Vegas fictional casino on the Vegas strip, The Montecito. Starring James Caan and Josh Duhamel, it’s glamourous, sexy and fun!

What are your go-to travel related TV programs? Let us know in the comments below or on social media.