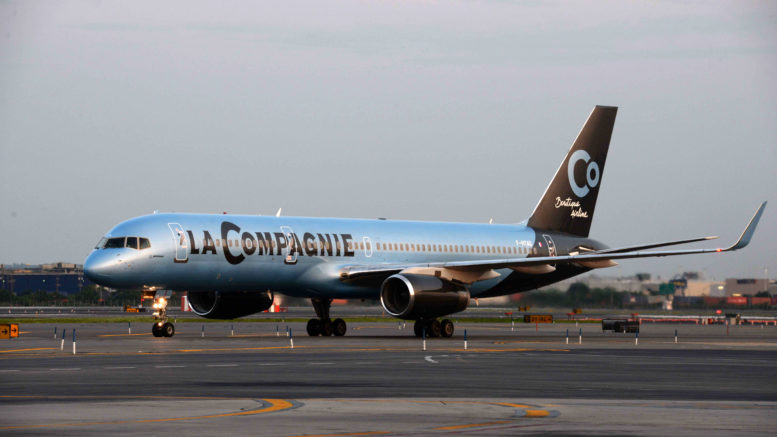 You may well have heard of La Compagnie when they used to fly from London to New York. The service was fairly short lived, but several years on they are still going. They now only fly to New York Newark from Paris Charles De Gaulle.

La Compagnie are currently doing an offer for which around £880 per adult and £707 per child depending on the Euro exchange rate. Flights must be booked by 27 August for travel by 3 September 2017.

So is it a good deal?

La Compagnie does not come up to the standard of BA, for example, in business class but it is an all business class service. Having done a similar flight on BA1, flying on a smaller aircraft is a definitely a nicer experience.  Given that you could easily pay this much for premium economy with BA, it may be worth considering. La Compagnie flies two Boeing 757-200 aircrafts with only 74 lie-flat seats in a 2-2 configuration.

Part of the issue with La Compagnie when they were operating from London and Paris was that there was no contingency if an aircraft had a technical problem. La Compagnie still only have 2 aircraft but at least with a twice daily service apart from Tuesday, there is at least some contingency built-in. 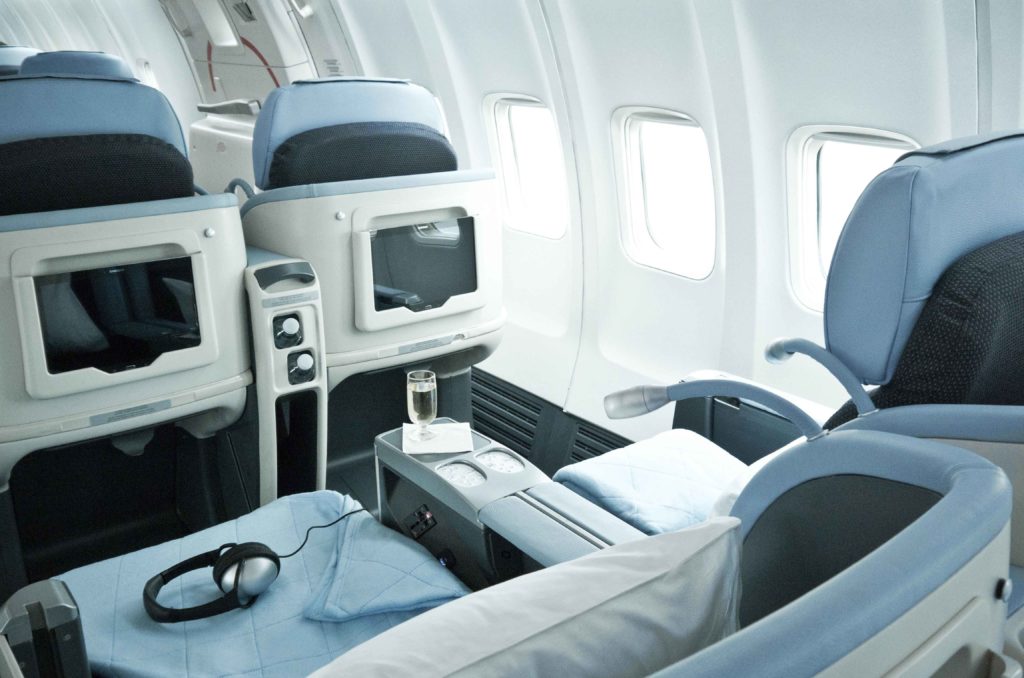 The aircraft have 74 seats, in a fixed shell, which recline to a 175° flat bed, albeit sloping. They also have a plug for recharging your electronics, a reading lamp and massage function. The seat pitch is 62 inches with a width of 26 inches. This compares to BA at 72 inch pitch but 20 inch width. For sleeping you are given anti-allergenic pillows, large soft blankets, and a Caudalie travel care kit. The sloping seats would normally put me off. However, given that it is such a short flight back from New York, you are unlikely to sleep much anyway. On BA I rarely get more than 3 hours on New York flights and that’s if I am lucky! I personally think at this price it would be adequate. 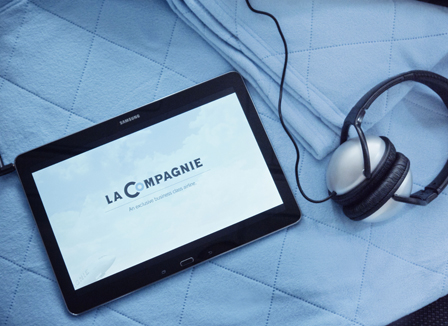 The entertainment is on Samsung Galaxy Tablets with a range of movies; classics and new releases, TV shows, music, international digital media, newspapers, magazines and books. The tablets slot into holders, which is very similar to the BA 1 service to New York. You can read my review of BA 1 here.

The food and drink 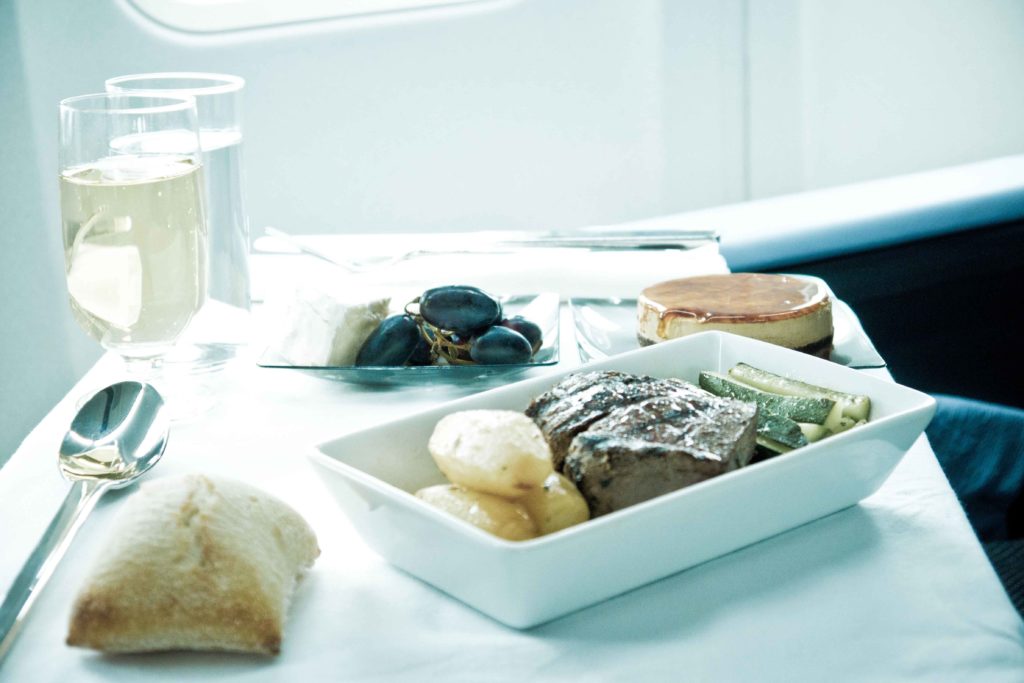 The food is designed by chef Christophe Langrée. Additionally for the summer, they have a new Chefs & Co. program on board all flights, featuring monthly menu additions from renowned chefs. Each month passengers will be able to discover one chef, one recipe and one style of cuisine. The participating chefs start in July with David Toutain, the Michelin-starred talent behind Restaurant David Toutain located on the Left Bank in Paris. His dish is a  Salmon Ballotine with basil macedoine (which is apparently a mixture of vegetables cut into small pieces). 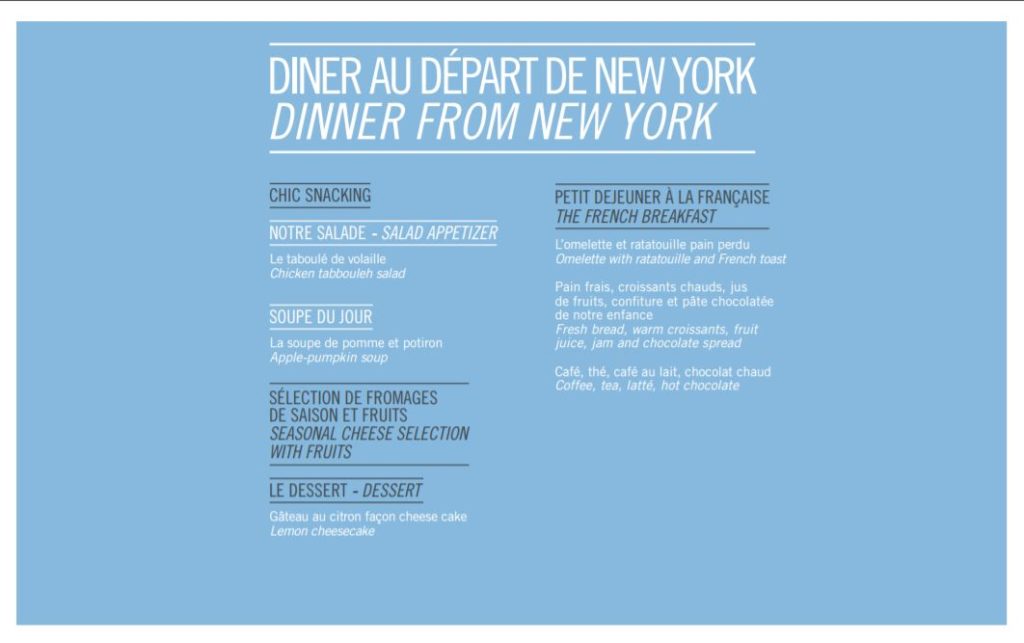 Between Paris and New York, your menu will include starter, a main course with 2 choices and a dessert. You can also have a snack at any time. For overnight travel from New York to Paris, you get dinner in the Art & Lounge – La Compagnie’s lounge,  with different choices of hot dishes and salads. On board, they serve a light snack.  A full breakfast is then offered before the arrival in Paris. Champagne is Piper Heidsieck and there is one white and one red wine. The red is a St Emilion Grand Cru according to the current menu, so there may not be much choice but they are decent quality. 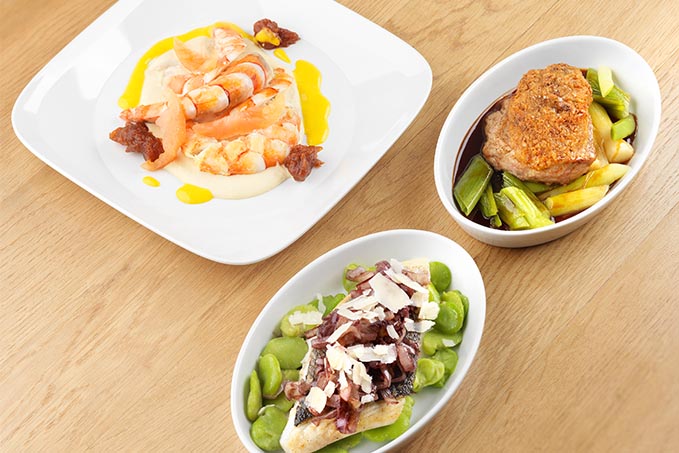 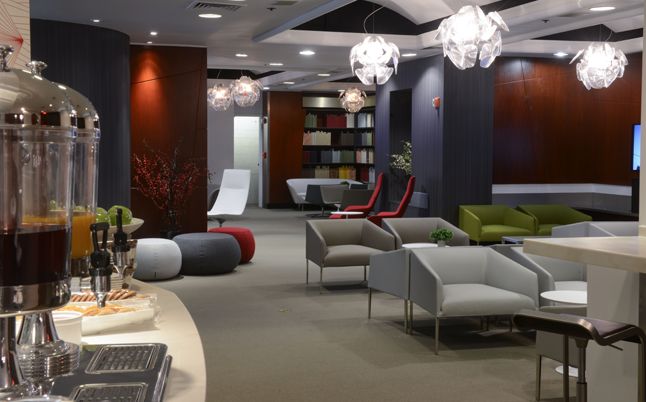 La Compagnie passengers have access to the new Premium Icare 2 Lounge in Terminal 1 at Paris – Charles de Gaulle Airport. The Icare Lounge has a full bar, newspapers, computers, free Wi-Fi and telephone service monitors. There is a reasonable selection of snacks and a terrace.

Overall this is not up to the standard of most other business classes except a few of the USA airlines that have not yet got rid of their sloping seats. However, if the price works out as similar to Premium Economy, this would be a far superior experience with the wines, meal service and access to lounges as well as an all business class aircraft. On BA, even with an ex-Dublin, you would still pay around £1000 plus the positioning flight. Occasionally in the BA sale you can get BA from London for around £1200 during the summer and Christmas periods in a sale. You can’t get Avios on the flights but they do have their own frequent flyer program called  MyCompagnie.