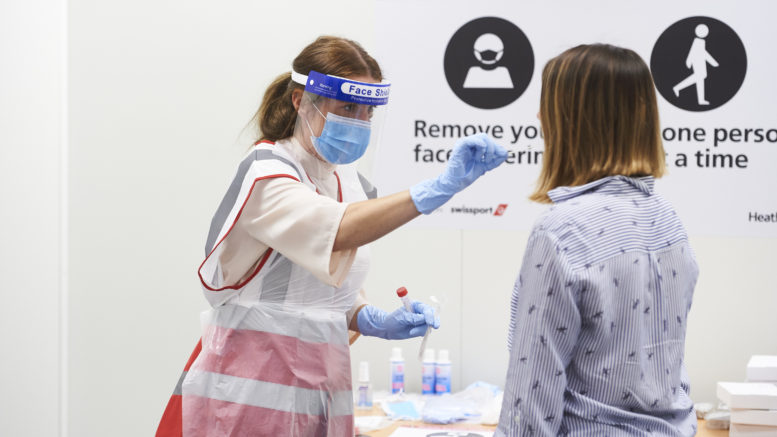 The CEO of Heathrow, John Holland-Kaye was interviewed by Travel Weekly earlier in the week and talked extensively about testing.

John indicated that they were expecting a formal decision from the government very soon about testing, but concerns over the lack of UK testing capacity had hindered progress.

Heathrow had proposed two actions to the government to save the travel industry as flights in October are running at around just 13% of the usual capacity. First, he proposed that an alternative to quarantine be introduced with testing to cut down the amount of time people are in isolation. Originally two tests were proposed but given the expense of them at around £150 per person, they are also considering just one test after 5-7 days of isolation. This would also not tempt people who got a negative test at the airport to not bother with the quarantine before the second test.

The second proposal was for a trial of an internationally recognised standard of rapid testing before passengers are allowed to travel. The idea would be to test this on the London to New York route. At the moment non-residents of the US from Europe are not allowed to travel to the US. Earlier in the summer, Heathrow trialled three different types of rapid testing to see if they could operationalised to be used on a massive scale at an airport. The results were given to the government. Now the next stage is being announced. John said  “We’ve heard from the Prime Minister that he hopes to go to a trial in the second half of October. It would take a couple of weeks to put into practice.” Rapid testing is being used by airlines in the US now. United Airlines is trialling the use of the tests to Hawaii.

Holland-Kaye also said testing on routes between London and New York by Thanksgiving (November 26) “seems entirely feasible”, adding the demand would be “enormous”.“If we get good results, there is no reason we shouldn’t be able to extend it. It’s possible that in the first or second quarter of next year, we see ‘rapid point of care’ tests become more normal.” The programme would also have to be integrated with the Government’s test-and-trace system.