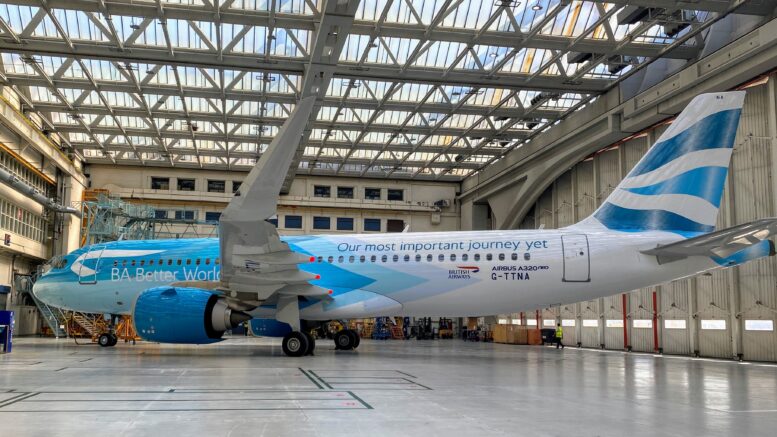 Today I went up to Heathrow to hear about BA’s new sustainability initiatives and see their new liveried aircraft – an A320 neo which is the most efficient aircraft in the fleet. The aircraft has been painted in its new BA Better World sustainability colours as part of a partnership with aircraft manufacturer Airbus. So far this is just a one off and it’s not clear if any other aircraft will get the livery.

British Airways today launched BA Better World, its new sustainability programme.  In his speech, Sean Doyle, the airline’s CEO said that BA want to put sustainability at the heart of its business, from reducing emissions and waste and positively contributing to the communities it serves, to creating a great place for people to work. 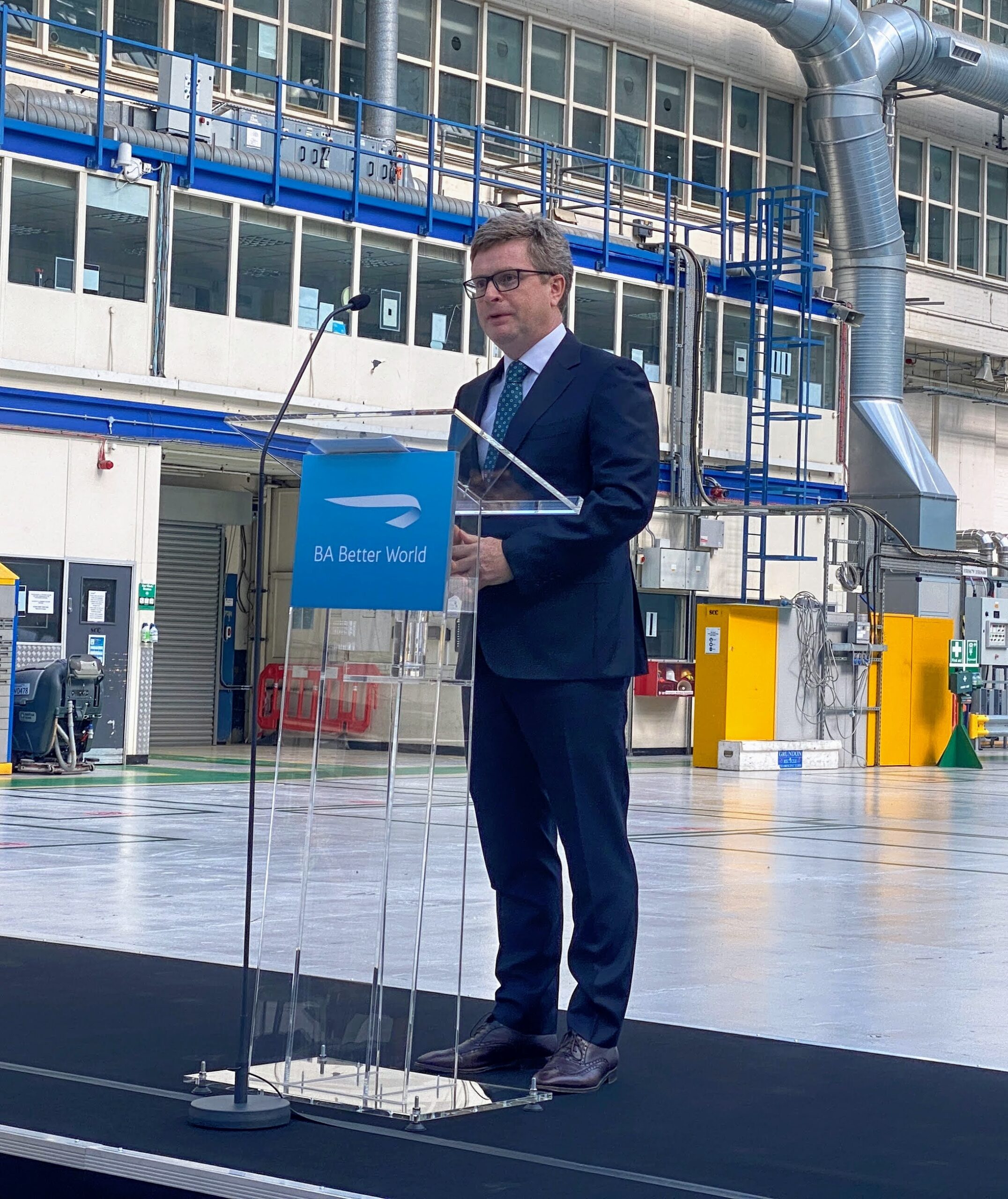 Speaking at the event, British Airways CEO and Chairman Sean Doyle said:“With BA Better World we’re on our most important journey yet – to a better, more sustainable future and one which will ensure the long-term success of our business. We’re clear that we have a responsibility to reduce our impact on the planet and have a detailed plan to achieve net zero carbon emissions by 2050, including investing in more fuel-efficient aircraft, improving our operational efficiency and investing in the development of sustainable aviation fuel and zero emissions aircraft.

“It is only through working in partnership with Government and industry that we’ll be able to reach our targets and I’m delighted that, thanks to our new collaboration with bp, we’re able to source enough sustainable aviation fuel with respect to all our flights between London, Glasgow and Edinburgh during COP26, substantially reducing the emissions associated with taking our customers to and from COP26 by up to 80% compared to traditional jet fuel. This commitment for COP26 is in addition to the mandatory carbon trading we already operate in the UK and our own further voluntary carbon offsetting of our UK domestic flights.” 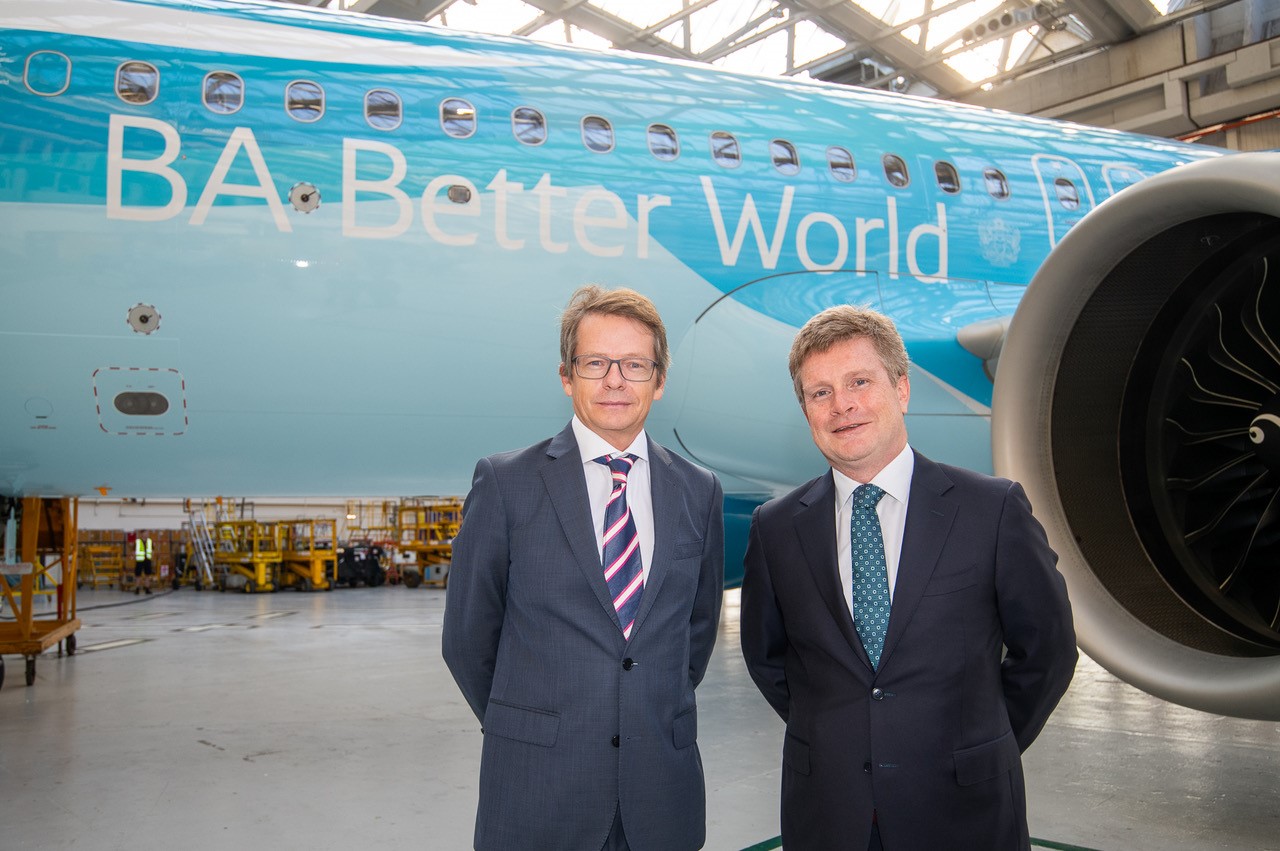 After unveiling the new aircraft livery, British Airways announced a collaboration with bp, committing to source sustainable aviation fuel with respect to all its flights between London, Glasgow, and Edinburgh during the UK’s COP26 climate change summit being held in Glasgow later this year. Sustainable aviation fuel (SAF) is blended with traditional jet fuel to comply with aviation fuel certification standards. The SAF sourced for the COP26 period will provide a carbon reduction of up to 80% compared to traditional jet fuel. Many of the flights between London, Glasgow and Edinburgh during COP26 will be operated by the airline’s new BA Better World aircraft, an Airbus A320neo.

The collaboration with bp forms part of British Airways’ commitment to the development and use of sustainable aviation fuel. The airline’s parent company, International Airlines Group (IAG), is investing $400m over the next 20 years into the development of SAF, with British Airways forming partnerships with a number of technology and fuel companies to develop SAF plants and purchase the fuel, including with Velocys in the UK and LanzaJet in the US. British Airways, as part of an IAG commitment, recently stated it would power 10% of its fuel needs with SAF by 2030.

Offsetting your flight versus contributing towards sustainable fuel

It was interesting to learn that from today BA’s customers can purchase sustainable aviation fuel to reduce their carbon footprint via its not-for-profit organisation Pure Leapfrog. This is in addition to the existing option for customers to offset their emissions. I’m always a little suspect of offsetting initiatives but to me purchasing SAF seems like a really great idea that may actually deliver something directly to reducing carbon emissions. However, it does cost a lot more.

Here is an example. Flying Business class London to Edinburgh return. You enter the details here and it will show you the two options available. 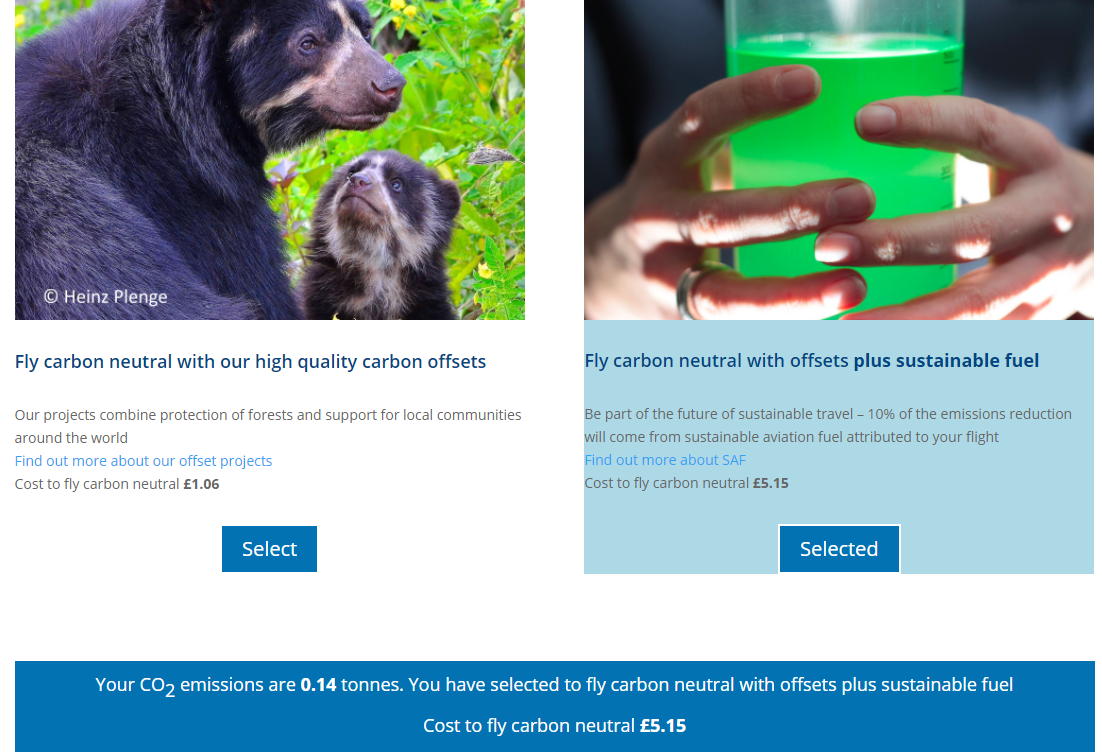 Elsewhere BA are looking at a number of ways to be more environmentally friendly onboard by reducing plastic as much as possible. Already live is a new First duvet which is made from plastic bottles. As well as being eco-friendly it is also temperature regulating which is something I always need on a flight as I’m always way too hot under a duvet on most flights! 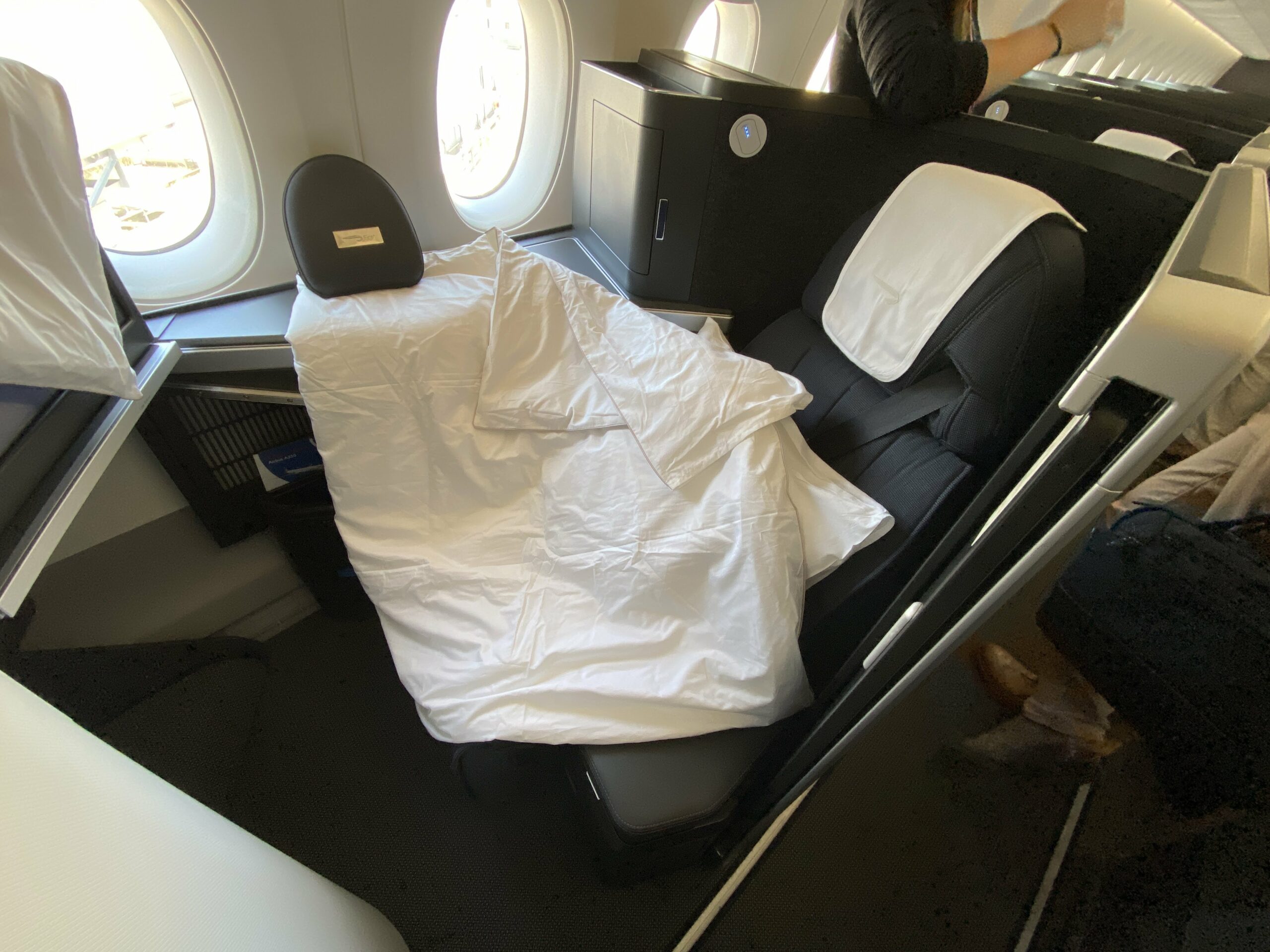 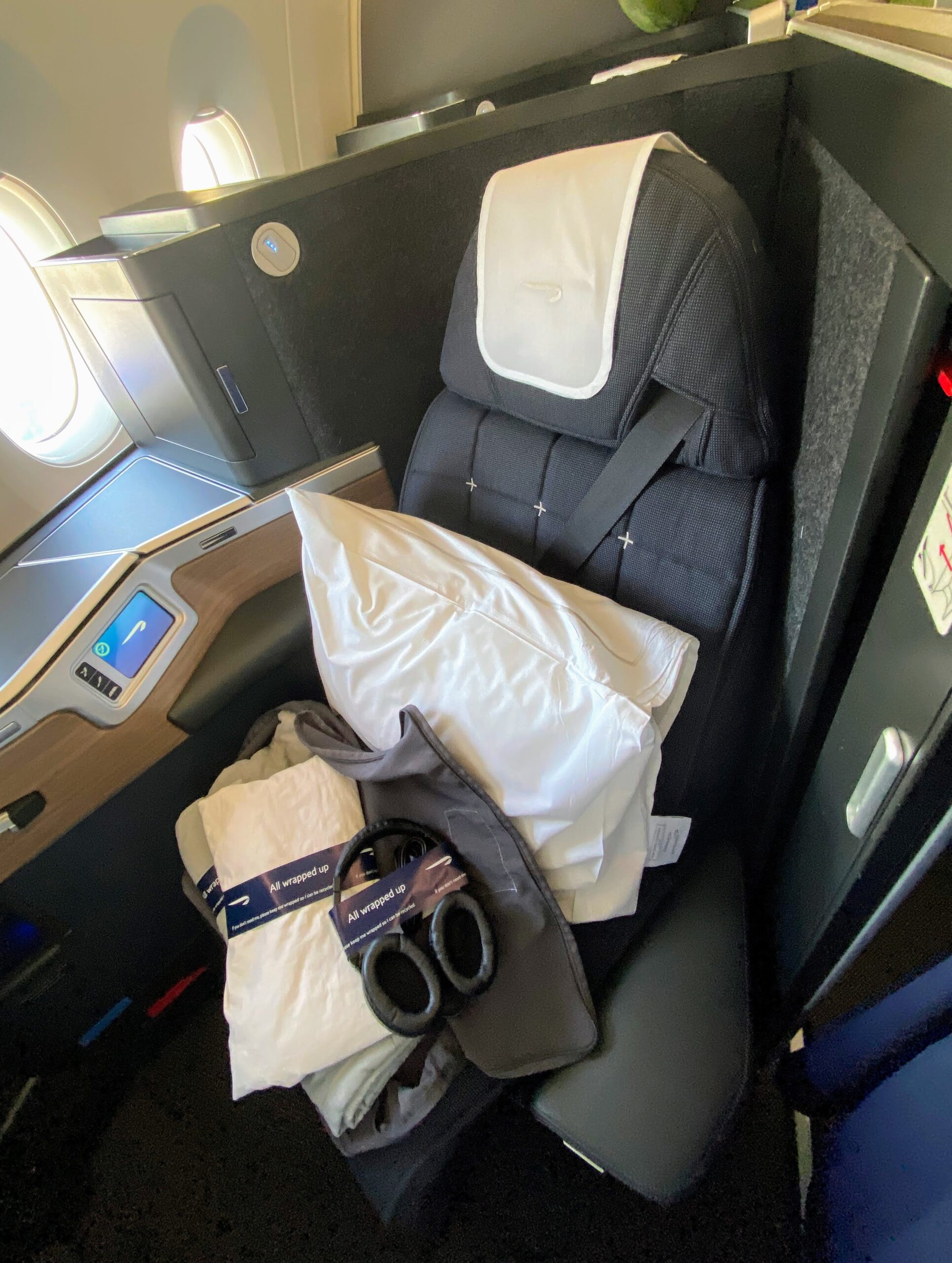 In economy, BA are trailing ways to reduce the amount of plastic cutlery and cups. This shows the difference: 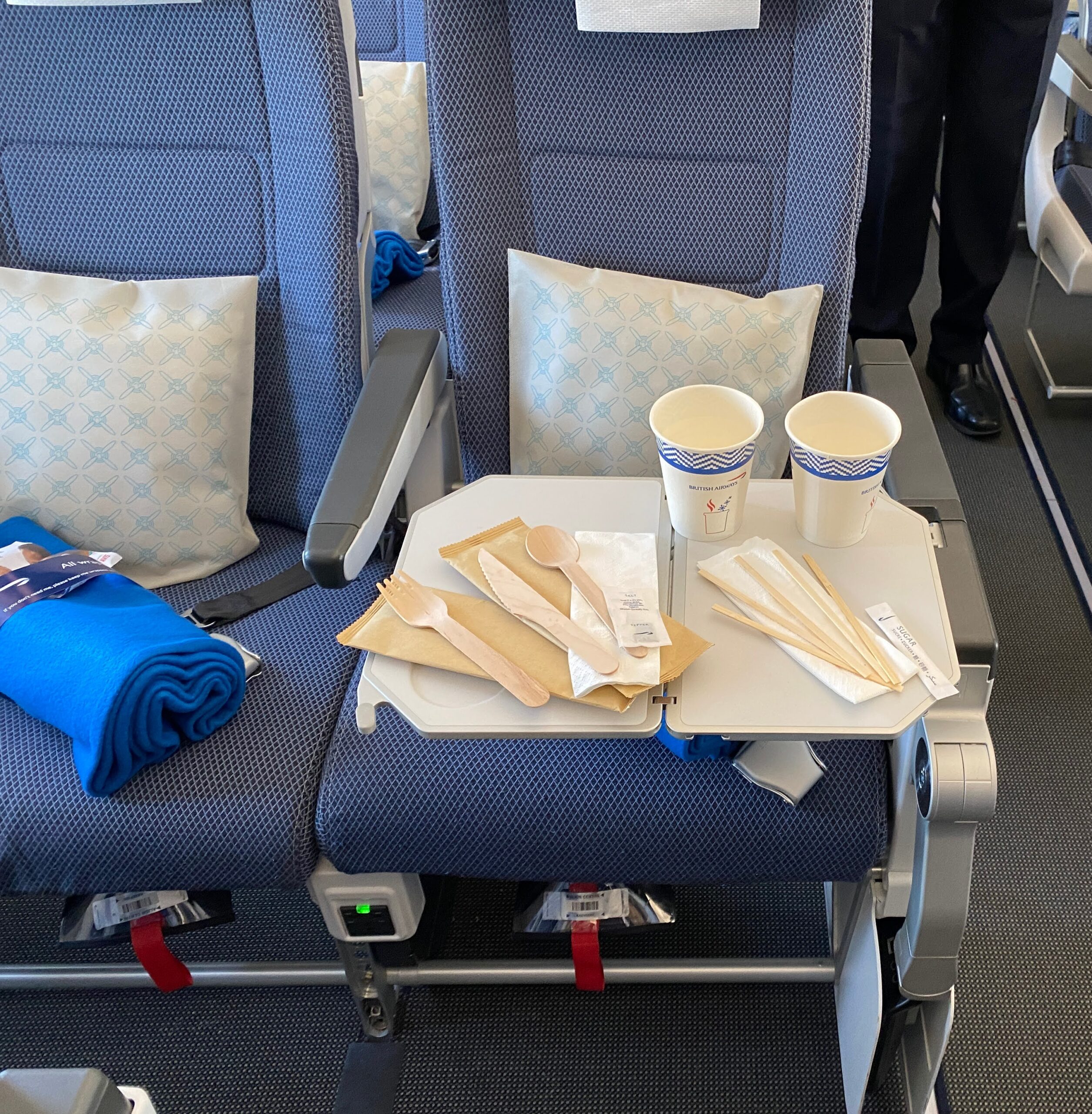 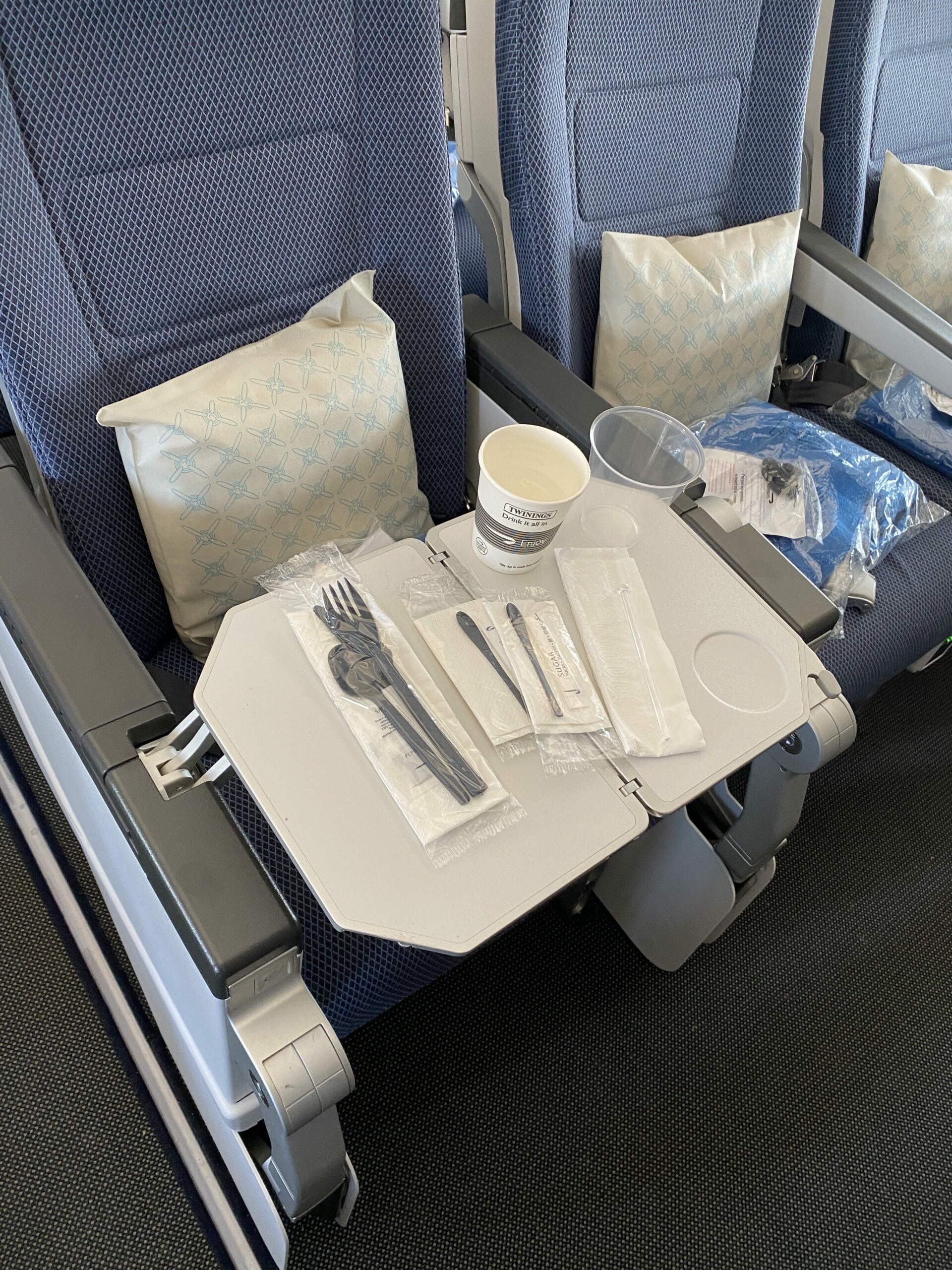 The economy products aren’t all on board yet as they are still testing some things like the paper cups. Apparently, if you leave strong alcohol like whisky in there for several hours, it can start to effect the seams on the cup. Why anyone would want to leave a drink that long I have no idea. But if they need someone to test the effect of various drinks being drunk from a paper cup, I’m sure I could volunteer to help out!

You can find more about BA’s A Better World initiatives here.