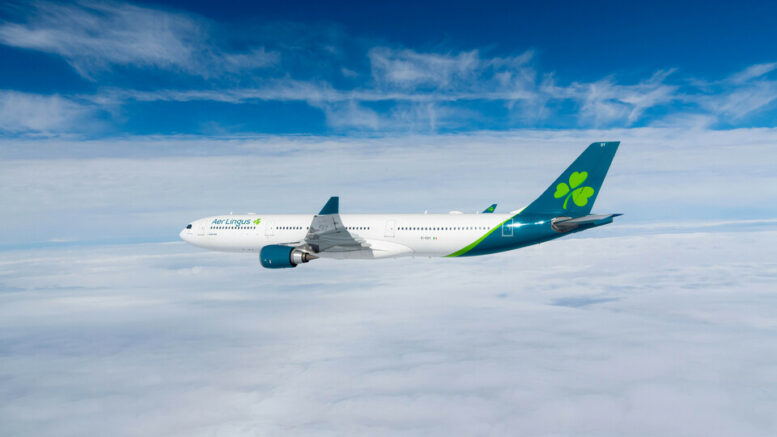 Firstly, if you are interested in aviation, you may enjoy my new article about air traffic control (my former occupation) and the way aircraft fly across the Atlantic.

In recent years there has been a considerable focus on cutting emissions from aviation to stop global warming. Even though aviation only makes up around 2% of the total problem, the percentage is expected to rise as other contributors make positive changes. Airlines like British Airways have been trialling biofuels and investing in biofuel production plans.

Timetable of travel opening up?

Paul Charles is a travel industry consultant and seems to usually have good inside information, although he is not always correct. Yesterday he tweeted his interesting potential timetable:

I’m not sure why the government would wait another week to put more countries on the red list. If that’s true it makes a complete mockery of it – if they are that dangerous that we are legally banned from even leaving the country, why would you allow another week to go by before putting a country on the red list? Countries that are potentially in the frame include Kenya, Czech Republic, Poland and possibly France, Netherlands and Germany. Paul Charles believes that hotel quarantine is here to stay for some red list countries such as Brazil, but probably not all.

The 5 April date was confirmed yesterday by the PM as the new date he hopes to reveal more details about the roadmap to reopen international travel. This is Easter Monday though, so the announcement could come earlier or slightly later.

If the traffic light system is adopted, Paul’s predictions for potential countries are some of the Caribbean, Maldives, Seychelles, Mauritius, Portugal and Gibraltar as well. The list will grow as vaccinations gather pace and cases receed.

The most eagerly awaited opening will be in the US. There are currently negotiations between the US and UK Departments of Transport. It has been rumoured that the US could open up to the UK between May and July, possibly with a pilot scheme. This is in keeping with Paul’s predictions of a trial by May.

It has already been rumoured that Biden is looking to reopen the US to some countries in May, so this would seem to fit. Yesterday a group of 26 travel industry organizations, including the American Society of Travel Advisors (ASTA) and U.S. Travel Association, sent a letter to the White House asking the president to produce a roadmap to restart travel by 1 May. They were keen to keep inbound testing for passengers, except those that have been vaccinated.

There is more information in Paul Charles’ company blog article. Obviously, I would not take anything as certain until it’s formally announced as we all know how fast things can change. He believes that testing will become even more important and you will still have to test before departure and after arrival to the UK with some differences in tests for vaccinated people. Personally, I’m not sure if this is overkill for someone coming from a country with virtually zero Covid and who has been vaccinated. For other countries, testing will be essential. 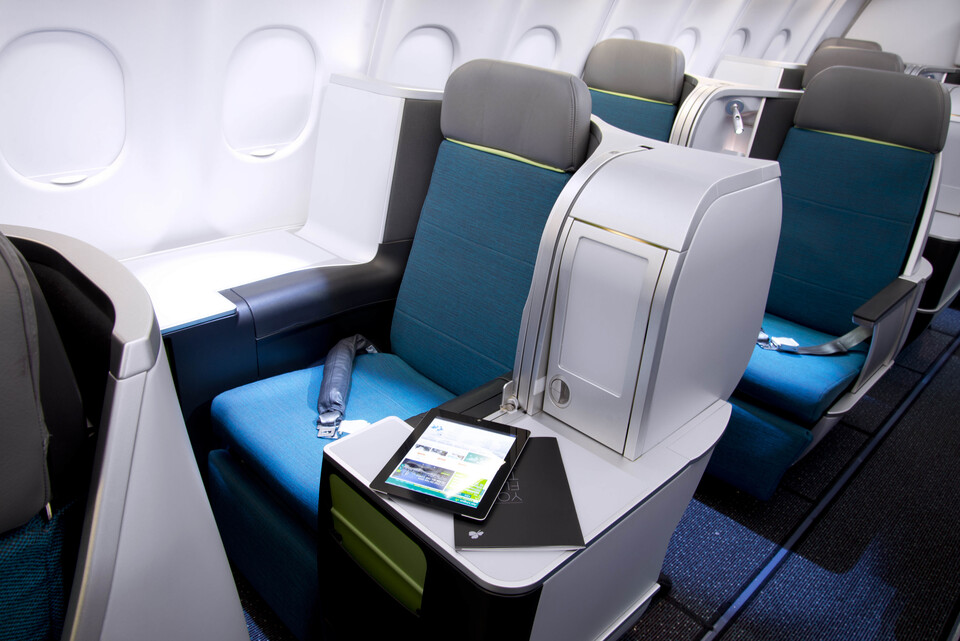 Previously we had written about Aer Lingus’s plan to fly from Machester to the US. This is a great opportunity for those who live near Manchester to travel direct to the US and still get tier points and Avios as the routes will be part of BA’s joint venture for transatlantic routes.

Aer Lingus today announced that it is to launch its first-ever transatlantic services direct from Manchester to the US and the Caribbean, which will create up to 120 new jobs. Aer Lingus will commence four new routes from Manchester Airport flying to New York JFK and Orlando from 29 July, to Barbados from 20 October and to Boston from summer 2022. Two of the four new routes, New York JFK and Boston, will be operated by the new single-aisle Airbus A321LR, making Aer Lingus the first airline to operate the aircraft on regular scheduled services between the UK and the US. More and more airlines are turning to single-aisle aircraft for transatlantic flights during the downturn.

The A321LR experience with Aer Lingus:

Business class is in an alternating configuration on the A321LR with 1 or two seats each side of the aisle. It also features a fully lie-flat 6.5ft long bed, complimentary Wi-Fi and complimentary access to more than 7,000 digital newspapers/magazines via the PressReader app. Sadly my only experience of Aer Lingus was not great and thanks to an aircraft swap, it did not have the normal business class seats. So I can’t really give any real-life experience of the airline.  However, hopefully, this was a one-off and I am keen to try the A321LR when they launch from Manchester.

Services to leisure orientated destinations such as Orlando and Barbados will be operated by a larger Airbus A330-300 aircraft.

The New York JFK and Boston services will serve 58 onward destinations, with a schedule designed to maximise onward connectivity to destinations such as Las Vegas, Nashville, and Jamaica, and for the first time from Manchester to San Jose, Bermuda and Dallas.

“We are delighted to offer high-quality, direct, non-stop, business and leisure travel options, at very reasonable prices for travellers and holidaymakers across the North of England.

“Aer Lingus has been flying to North America for more than 60 years and we also have a proud history with Manchester Airport.

“With so many people missing out on travel due to Covid-19 over the past year, Aer Lingus is delighted to be sharing this positive news today, announcing a great choice for customers and creating up to 120 jobs in the North of England.

“We believe our transatlantic offering is one of the best in the marketplace comprising both business and economy cabins.

“Equally our operation of the new and innovative Airbus A321LR aircraft marks a further milestone as Aer Lingus will be one of the first carriers to fly the aircraft between the UK and the US. We look forward to commencing our transatlantic services this summer.”

The airline is one of Manchester’s longest-serving carriers, currently flying to Dublin and Belfast, with flights to Cork set to resume in the summer.

“These routes will be a great addition to the departure boards here at Manchester as we look forward to restarting international travel.

“Pre-pandemic there were more than 5.5 million passengers who crossed the Atlantic each year via Manchester and so to be able to offer these services with a new carrier is great news. In addition, Aer Lingus commitment to the UK’s northern gateway results in the creation of 120 much-needed jobs.

“Aer Lingus’ commitment to these new services will be a real boost for those passengers we know are keen to start travelling as soon as the current restrictions can be lifted. This demonstration of pent-up demand is another reason why it is more important than ever that the Government develops proposals to restart travel that are clear, uncomplicated and affordable. We eagerly await the findings of the Global Travel Taskforce in April.”

Flying transatlantic with Aer Lingus, UK travellers can benefit from the airline’s ‘Book with Confidence’ offer which has been extended to 31 December 2021 allowing customers to change their flights up to two hours before they are due to depart with no change fee, although a difference in fare could apply. The Aer Lingus ‘Book with Confidence’ offer is available on all fare types and customers can change their bookings as many times as they like.

The flights are not on sale but seem pretty expensive at £2500 return to New York or Orlando in business class. Hopefully, as travel opens up they will do some price reductions. 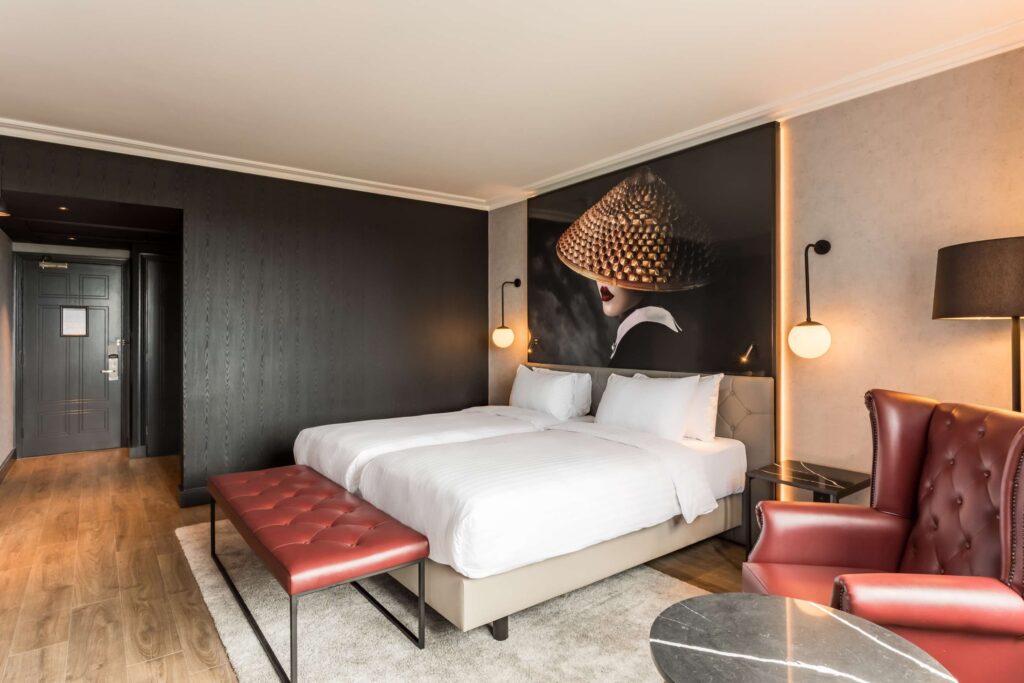 Compared to Heathrow, Gatwick is sorely lacking in decent hotels in the immediate vicinity. Many of the hotels at the higher end are very outdated and often overpriced. So it’s good to see plans for a new hotel to open at Gatwick. Even if you are not a Radisson fan, hopefully more competition will allow the hotels to up their game a bit!

Radisson Hotel Group has announced the signing of Radisson Red London Gatwick Airport which will be a few minutes drive from Gatwick. They recently opened a new Radisson Red at Heathrow which hopefully I will get to check out once travel resumes. Radisson RE is described as ” an upscale, select service hotel brand that presents a playful twist on the conventional. Radisson RED hotels inject new life into hospitality through informal services where anything goes, a social scene that’s waiting to be shared and bold design that kick-starts the fun.” The design palette is strongly focussed on a dramatic combination of red, white and black.

The hotel is due to open in the second half of 2021, though I would guess that will dependant on travel restarting properly. The hotel will have 185 rooms, a bistro-style restaurant and bar, a fitness room, as well as social meeting spaces.

There is currently a sale with Radisson for 25% off for stays up to May 23 when you book by 4 April.  Cancellation is free up to 24 hours before arrival and breakfast are also included. You can find the sale page here.