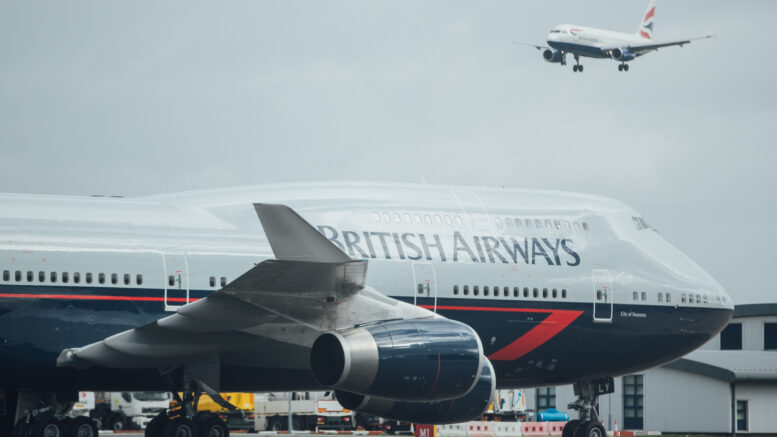 More British Airways’ B747s will be preserved for aviation enthusiasts across the UK for years to come, after permanent homes have been found for its remaining retro-liveried Boeing 747 aircraft – the last to leave the British Airways fleet. I’m pleased to here this as the Landor holds a special place in my heart since it was in place when I first started flying with BA.

The aircraft, registrations G-BNLY and G-BYGC, are this month due to depart from British Airways’ engineering base in Cardiff, where they will be waved off by the British Airways engineers who for many years have proudly maintained the 747 fleet. The pair were among several aircraft painted in heritage liveries to mark the airline’s centenary last year. 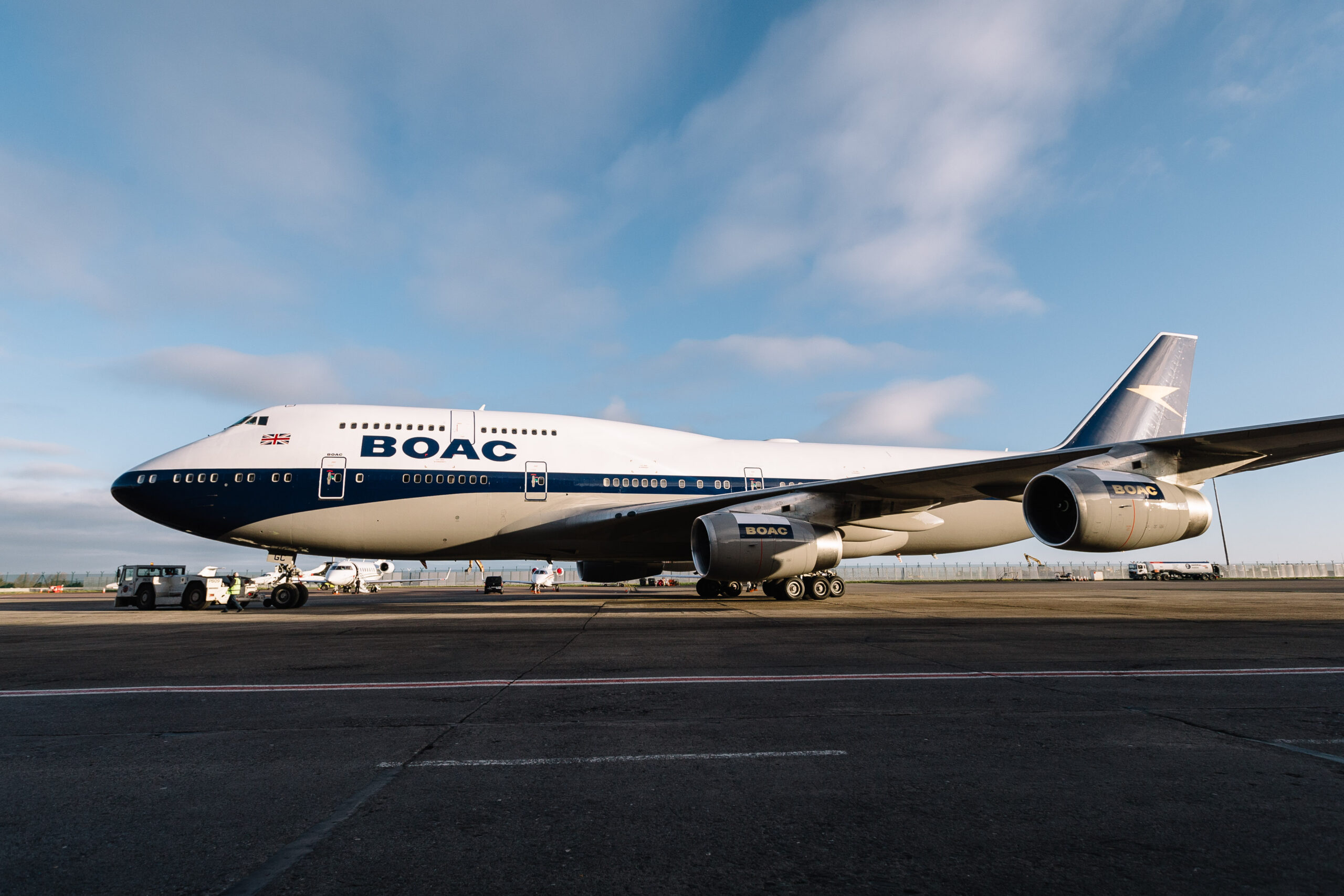 Adorned in the iconic Landor livery, used between 1984 and 1997, G-BNLY has been given a new lease of life as a permanent exhibit at Dunsfold Aerodrome in Surrey. It will join its sister 747, G-CIVW, which was retired in late October and features the current Chatham Dockyard livery. 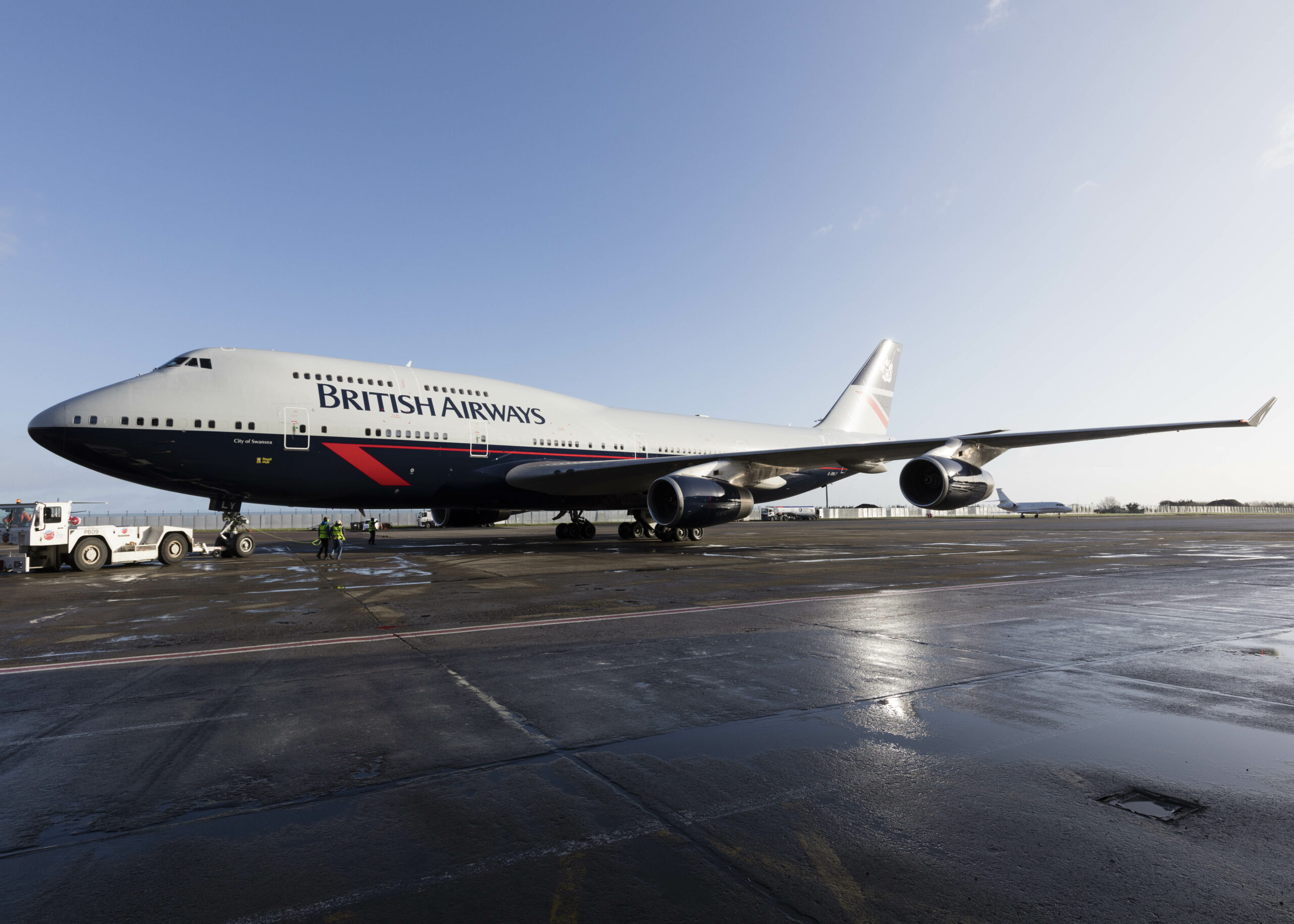 G-BYGC, painted in the BOAC ‘Gold Speedbird’ livery used between 1963 and 1974, will make the short journey from Cardiff Airport to the Bro Tathan business park in the Vale of Glamorgan. It will be maintained as a heritage piece by aviation specialists eCube Solutions to showcase the pre-eminent contribution British Airways’ 747 fleet made to UK aviation.

Sean Doyle, CEO of British Airways, said: “While we will miss seeing them grace our skies, we are delighted to have found permanent homes for our remaining centenary 747 aircraft.

“We think they have great historical importance, not only to British Airways but to the entire aviation industry, and we are pleased they will be preserved for future generations in locations in the UK.

“As the final 747s to leave our fleet, their departure will be an emotional moment for former and current British Airways staff, including our engineering team in Cardiff who have lovingly looked after our jumbo jets for decades.”

G-BNLY and G-BYGC are the last two British Airways 747s to be retired, with G-BYGC being the final 747 to leave the British Airways fleet. The Negus-liveried 747, registration G-CIVB, was one of the last two 747s to depart Heathrow Airport in October and has also been found a permanent home at Cotswold Airport in Gloucestershire.