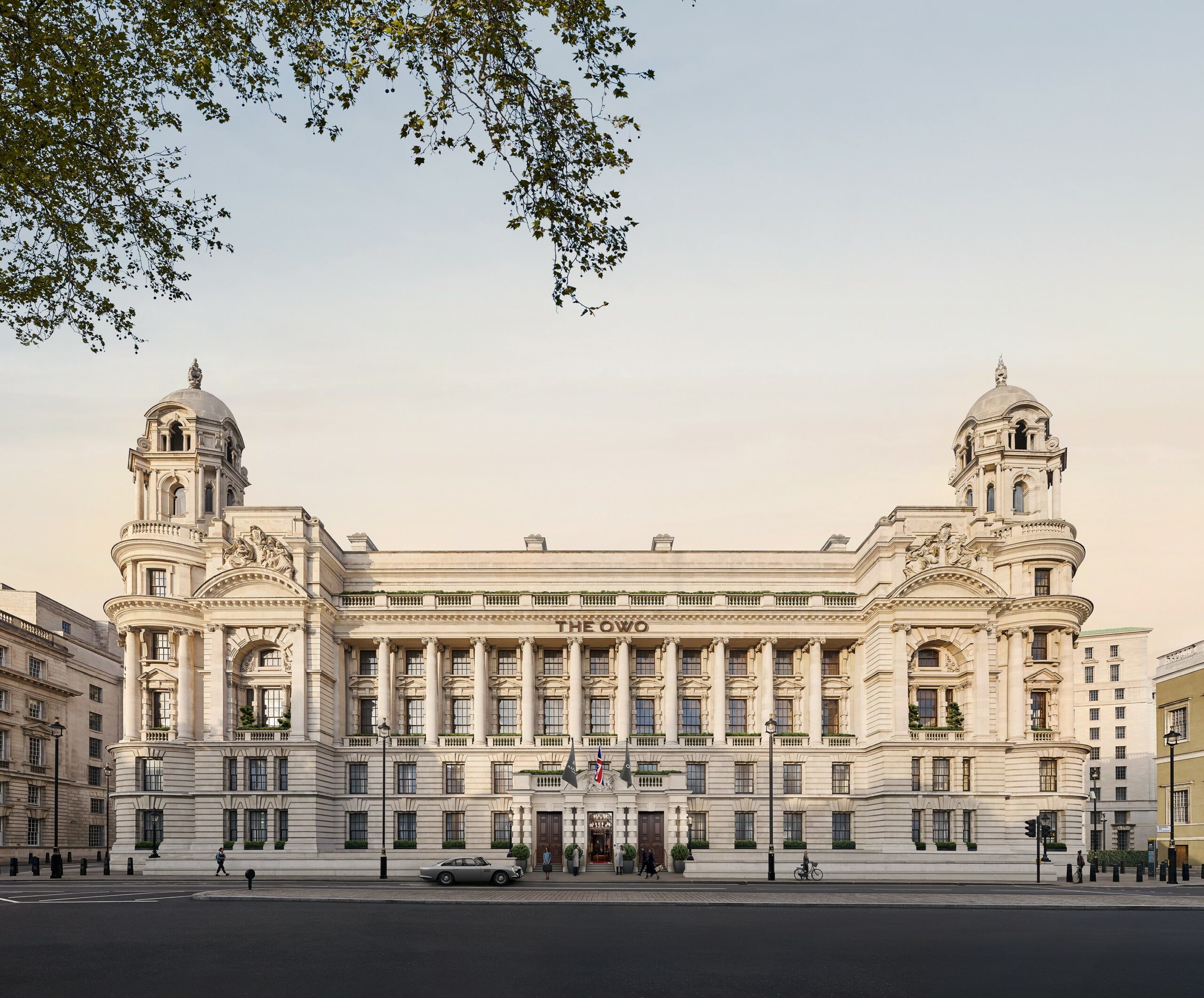 Covid-19 might have slowed down the travel industry, but luckily for us plenty of work still went on behind the scenes. Now there are a range of exciting new hotel redevelopments and openings across the UK to look forward to in 2022 and beyond.

Have you heard of any others, or are you looking forward to a particular property opening? Let us know in the comments!

Stay tuned for our next article on exciting hotels opening across Europe and the rest of the world.

Raffles London at The OWO (and The OWO Residences) will be the iconic brand’s first opening in London, as well as the first opening in the entire UK and Europe. Set to be ready for guests from late 2022, the hotel will feature 120 rooms and suites located within the Old War Office building (hence the ‘OWO’ – it took us a minute), located on Whitehall. There will also be 85 Raffles-branded residences.

The redesign will include a spa with a 20-metre indoor pool and a separate vitality pool, nine different restaurants and bars and a 620 seated-capacity ballroom. According to the release, the property will be marked by the ‘service hallmarks of Raffles – gracious and intuitive staff, personalised attention and a timeless ambience’. What more could you need?

The interesting design of this new hotel is set to shake up the Edinburgh scene! Designed by award-winning architects, the release states that the property will ‘redefine the city’s hospitality landscape with its modern design’; and indeed, the hotel features quite a unique façade amidst its historical location in St James Quarter; resembling a 12-storey high winding steel ribbon/beehive.

Offering 214 guestrooms, including 20 suites and one Extreme Wow Suite (the W brand’s interpretation of the Presidential Suite), the property will also feature a rooftop bar and terrace with 360-degree views of the city skyline. There will be a ‘W Lounge’ (instead of a traditional hotel lobby), a signature restaurant, a ‘FIT’ workout facility (we don’t call it a gym anymore) and an ‘AWAY’ spa, which offers the ‘W Hotels brand’s signature health and lifestyle experiences’. The release promises a ‘a full calendar of W Happenings showcasing what’s new in design, fashion and music’, and also provides almost 2500 square feet of event space.

Located within the R&F UK’s Nine Elms development on the south bank of the river, the Park Hyatt London River Thames is set to open some time in 2022. As part of a mixed-use skyscraper project, it is expected that the hotel will feature 203 rooms and take up the first 18 storeys of the smaller tower. By the time of opening, the Northern Line extension on the London Underground will be operating, meaning the property will be ideally located just a few minutes from the tube.

Guests will be able to unwind in the signature Park Hyatt Living Room with understated luxury touches and world-renowned artwork and design, and a large ballroom will also be a rare feature for London. Are we seeing the return of the ballroom in 2022?

This will be the first London hotel designed by sought-after architect and designer Martin Brudnizki, who described the property as ‘your eccentric godmother’s Soho townhouse’. Taking inspiration from the history and creative vibes of the surrounding Soho area, this independent hotel will feature 57 ‘residential feel’ rooms, including one penthouse and nine suites. Many rooms will also feature private balconies, and there will also be an authentic Italian restaurant with a terrace, and a rooftop cocktail bar.

Scheduled to open in early 2022, the Broadwick Soho will be located on the corner of Broadwick Street and Berwick Streets.

Nestled in the hills of Ceredigion, not far from the Irish Sea, the town of Cardigan plays host to the newest project from quirky accommodation company fforest. Along the banks of the River Teifi sit several historic warehouses, which are in the process of being converted into a 23-room boutique hotel.

The interiors aim to reflect the strong maritime heritage of the buildings, with ship cabin-inspired rooms, lots of old wooden beams and even some preserved maritime-themed graffiti. There is also a coffee and co-working space downstairs, and an izakaya-style cocktail bar (sure). Originally slated to open in 2021, the website now says it will be opening sometime in 2022.

If you’re after a unique UK staycation this year, this one might be just the ticket.

1 Hotels are set to debut their first UK flagship, right in the heart of Mayfair and overlooking Green Park (clever location for a green hotel). With nine storeys and 184 modern, eco-conscious guest rooms (flooring in the guest rooms will be crafted from fallen trees from local parks), the property is also set to feature a farm-to-table restaurant with seating amongst a garden, a bespoke fitness and wellness centre, and a communal lobby bar designed to ‘inspire gatherings and new friendships’.

Expected to open some time in 2022, the website simply states that this one is ‘sprouting soon’.

Sticking slightly more to tradition than the W Hotel, Edinburgh (also set to open in 2022), 100 Princes St will be tastefully and respectfully renovated, maintaining its iconic features and providing guests with an exclusive retreat on Edinburgh’s most famous street.

From the same team behind Hotel 41 in London, the Edinburgh property will feature uninterrupted views of Edinburgh castle, and will aim to replicate the boutique atmosphere of its popular London sister property. Led by the design team behind the iconic Ashford Castle in Ireland, this restoration is inspired in part by fashion designer Alexander McQueen and in part by the rich history of the many great Scottish explorers and adventurers who made this historic building their ‘home away from home’.

The brand will be providing a 2:1 staff ratio ‘showcasing the best of local Edinburgh talent’ and stand-out features will include a wine wall, offering over 200 carefully curated fine wines (including the range from the family-owned vineyard, Bouchard Finlayson). Offering just 30 guest rooms and suites, this one is set to open in April 2022.

Making it the fourth Hoxton in the capital, The Hoxton, Shepherd’s Bush is set to open in the winter of 2022. Featuring 237 rooms in a range of sizes (and catering to a range of budgets), including the new ‘hideout’ rooms, the hotel will also provide a central bar/lobby area, a restaurant, terrace and courtyard, a retail space and an ‘Apartment’ meeting and events space.

Locally sourced design and artwork are featured throughout the space, and showcase the creative vibe of the surrounding neighbourhood. Located on Shepherd’s Bush Green, it’s not far from White City and Portobello Road, making it easy for guests to get around and explore.

That’s it for the moment – did we miss any? Let us know which one you’re most excited for! 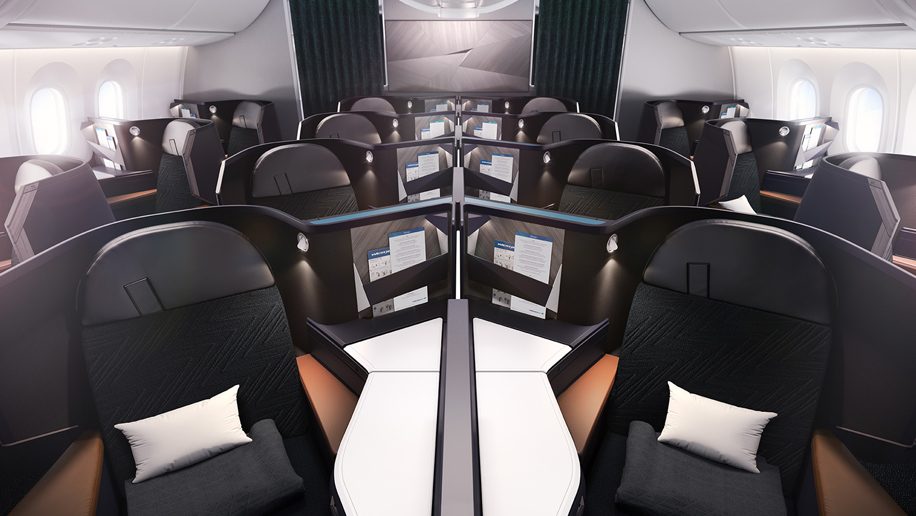 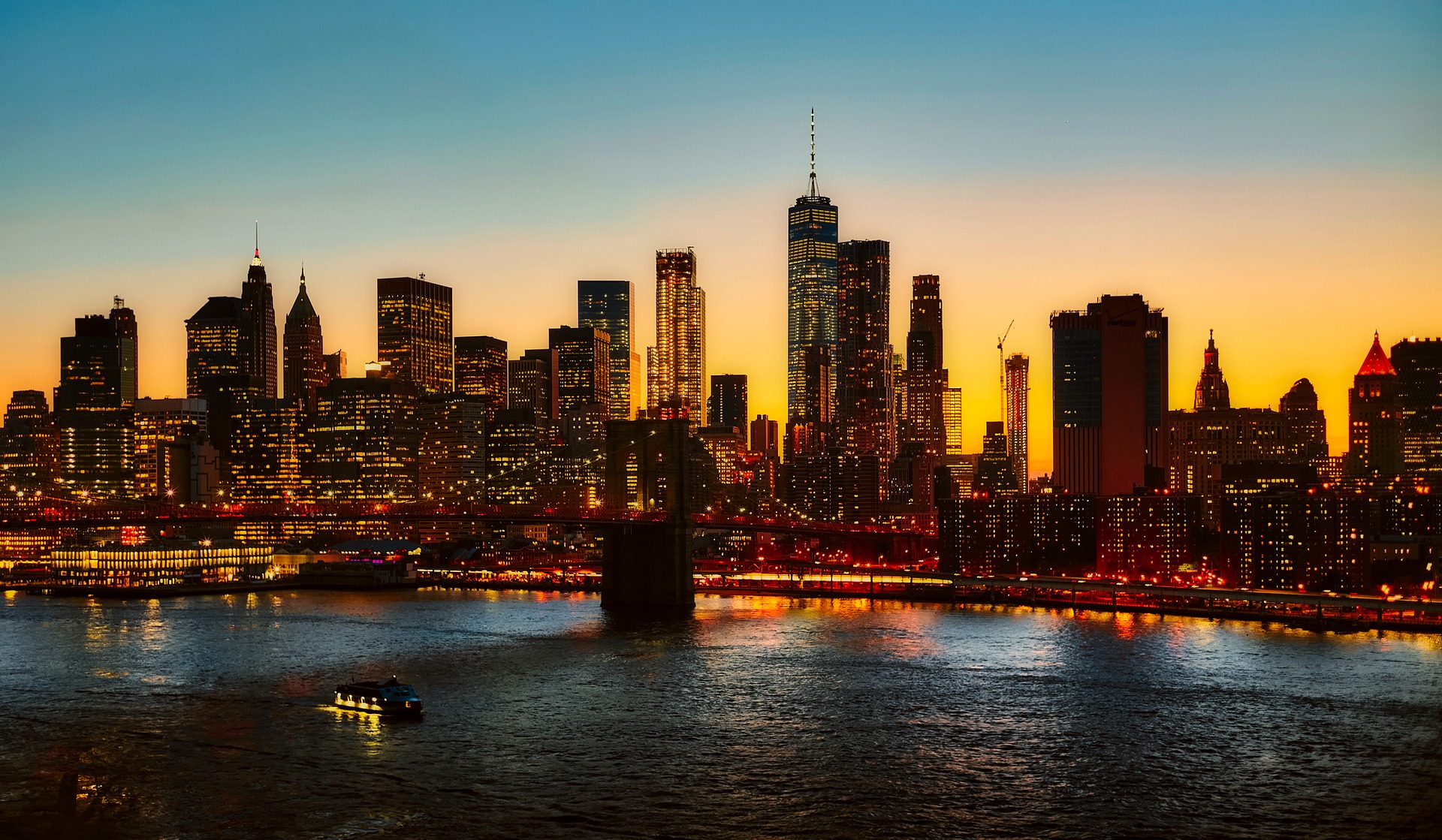 What’s new in New York and travelling to the US like now?