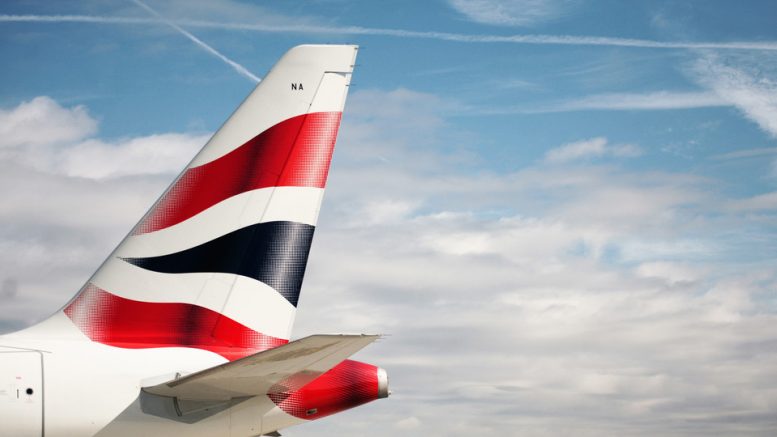 Last week, there was good news for industrial relations at British Airways when they agreed a deal with BALPA, the pilots union.

This week, thing have taken a sour tone with Unite the union that represent BA’s Engineers, Cabin Crew, Ground and Call Centre Staff.

BA’s legacy cabin crew have been those most likely to be most affected by the proposed changes at BA. As well as the threat of up to 12,000 workers being made redundant at the company, the current proposals to fire and rehire staff on new contracts could result in a loss of up to 30% of their total package. Mixed Fleet cabin crew are on a different package and some could actually gain slightly from the proposals. This current offer is much better than the original proposals which Unite said could lead to crew losing up to 55% of their package.

Unite had initially and very strangely refused to take part in any talks which could have potentially saved jobs. Recently there appears to have been dialogue between Unite and BA which has not gone well. This resulted in Len McClusky, Unite’s leader, writing to Alex Cruz in a rather unprofessional and angry letter.  As well as commenting on Alex Cruz’s arrogance and calling their policy “despicable”, Mr. McClusky called BA’s policy ” a scorched earth strategy with a ‘Fire and Rehire’ approach”. According to the letter, BA have drawn a deadline of 7 August for talks to conclude before they implement their proposals. Many MPs have been critical of the proposals including Huw Merriman, the chair of the Transport Select Committee.

BA only recently resumed any sort of meaningful flying schedule and even this will be under further threat from the re-introduction of the UK’s quarantine from Spain. This is likely to knock consumer confidence as the government has threatened there are likely to be further changes if necessary.

In the letter, Unite threaten that they will move “towards industrial action with immediate effect.” If you have flights booked, I would not be concerned. Mixed Fleet are represented by a different part of Unite or other unions and many are not even members. Assuming that the majority of Mixed Fleet work, it is unlikely to have much impact unless they can’t get crew back from furlough in time.

The current split of staff is roughly:

The real impact will be on customers’ confidence in booking with the airline. While I support the crew to an extent, there needs to be some sort of compromise as the pilots have done. Threatening industrial action will only do more harm to BA and most likely result in more redundancies and pay cuts if it continues. It’s a shame that BA crew are represented by a union that does not always seem to be acting in a professional way to help the crew make the best possible deal in very difficult circumstances.

Here is the full letter: 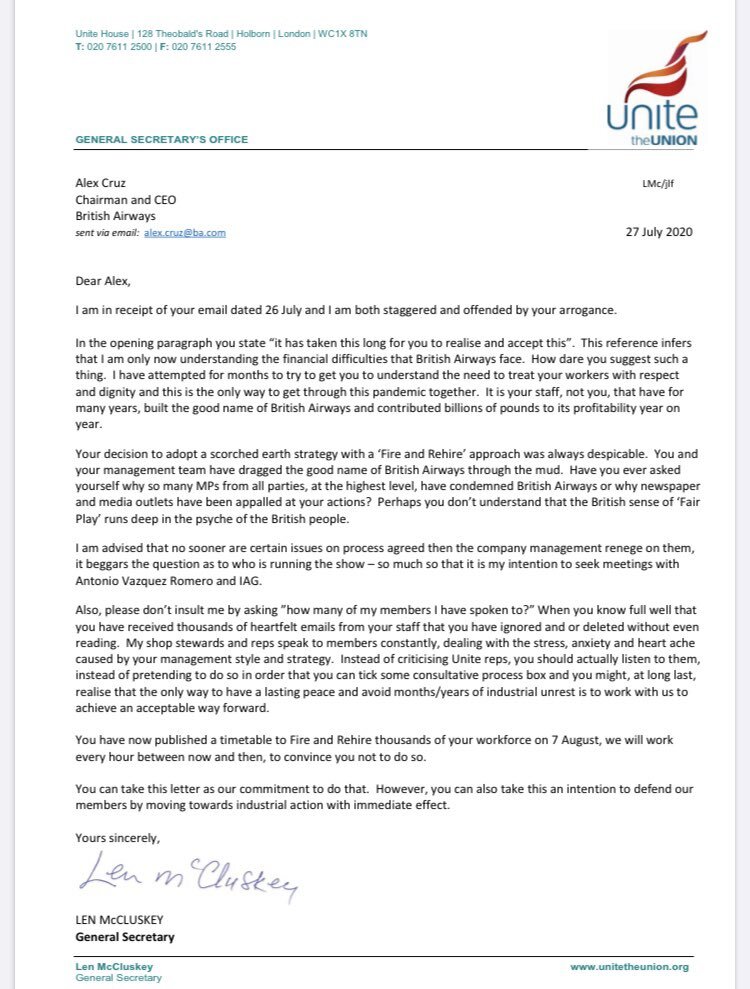