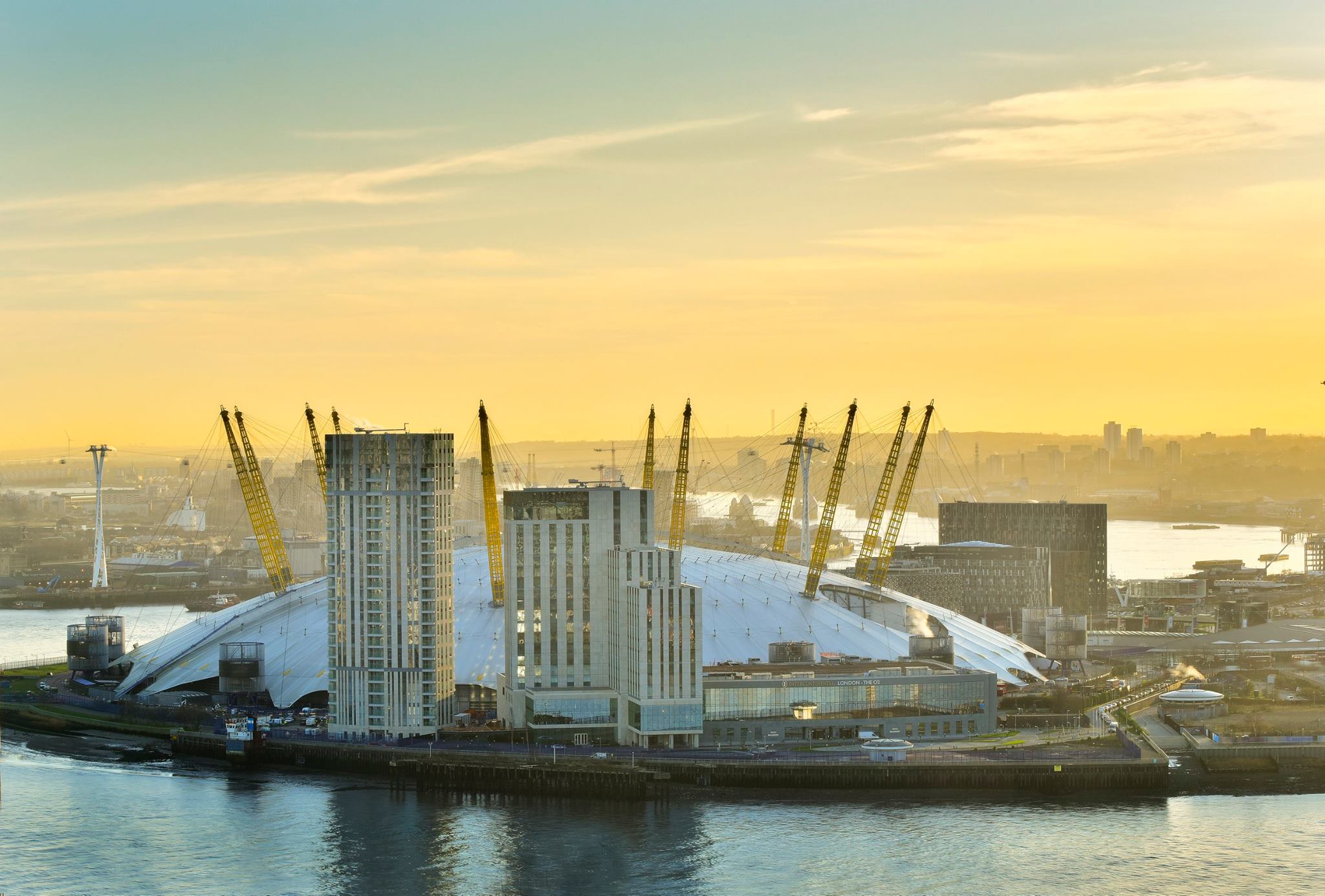 The InterContinental O2 is obviously going to be of most interest to anyone attending an event at the O2. I certainly would stay there next time I attended an event at the O2 rather than battling my way home. It is particularly convenient as it has an entrance directly into the O2.

I had chosen to stay there for access to the Excel as I was attending the World Travel Market exhibition there. To get to the Excel is was about a 10-minute walk to the Emirates Air Line and then only a few minutes the other side. A shuttle was run to the nearest Tube Station by the hotel. The station was North Greenwich which is on the Jubilee line and this also got you much closer to the Emirates Air Line. This was a highlight of the hotel as the shuttle driver was exceptionally friendly and helpful asking what time I was coming back and offering to look out for me as he was doing the last shuttle that night.

As I pulled up at the hotel I was greeted by a smartly uniformed doorman who offered help with my luggage and pointed me in the direction of check-in.

The lobby of the hotel felt luxurious and there was no wait to check-in. I liked the quirky old suitcases in the reception seating area which gave it a bit of character and the large glass panels behind reception. There was some confusion over the offer of Club lounge access which was offered at £50 per night as it was charged to my room even though I refused it. This was sorted out later when I noticed it and removed from the bill. The check-in staff were friendly if a little slow. 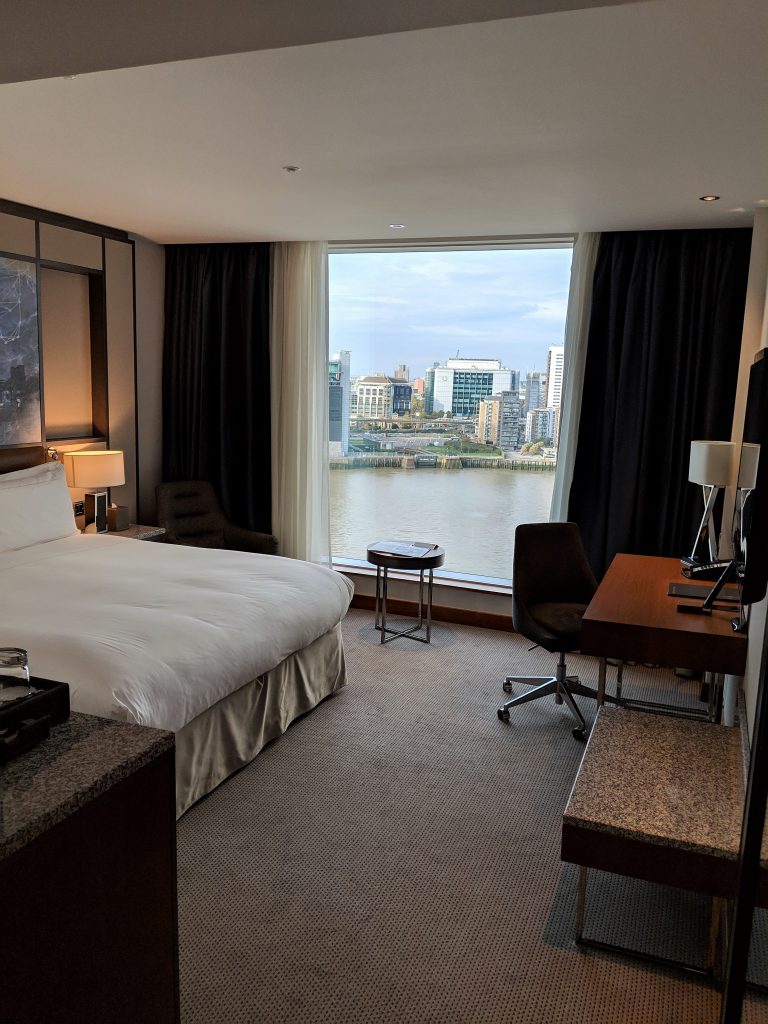 Being an InterContinental Ambassador member I was given a one category upgrade from a superior room to a Deluxe riverview King. Having done a tour there wasn’t really a huge difference between the two rooms except for Bose sound dock and espresso coffee machin3. 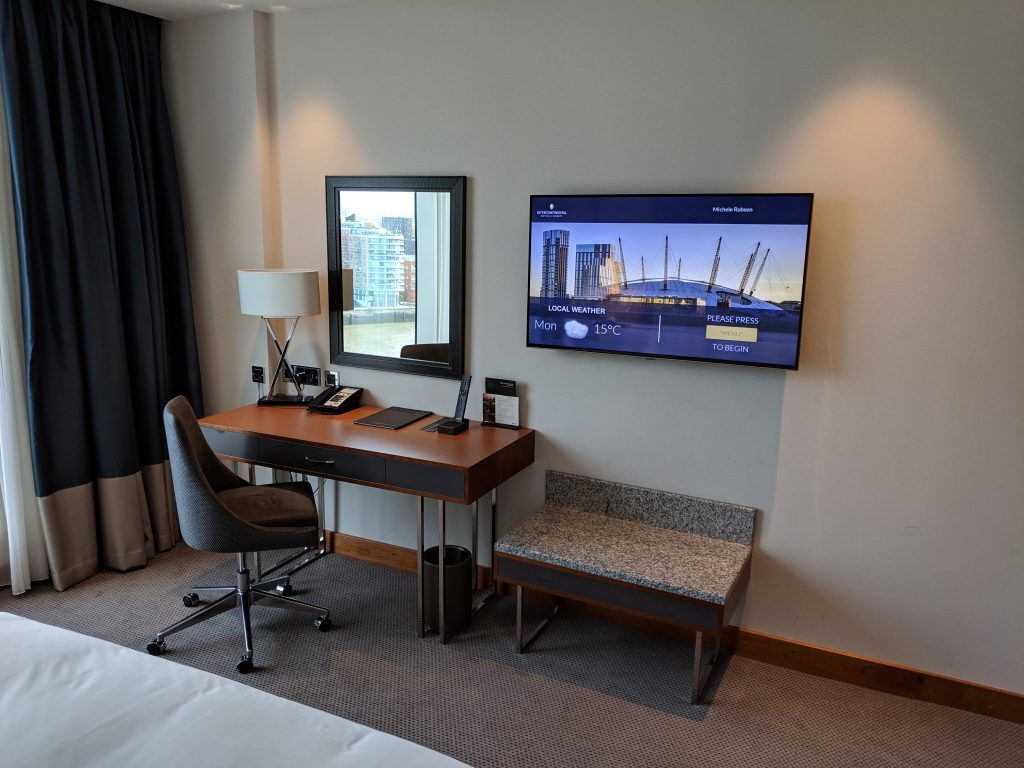 The room was modern and clean looking with a neutral colour scheme – fairly typical of new InterContinentals. The view of the Thames from the room was great, particularly at night with the lights. If you are a bit of an aviation geek or just like watching planes I also got some good views of aircraft on approach to London City airport. In the room was a comfortable Kingsize bed with good quality bed linen, an armchair by the window and a large desk. I found the room quiet and the bed OK although I always find the IC beds a little firmer than some other hotels. 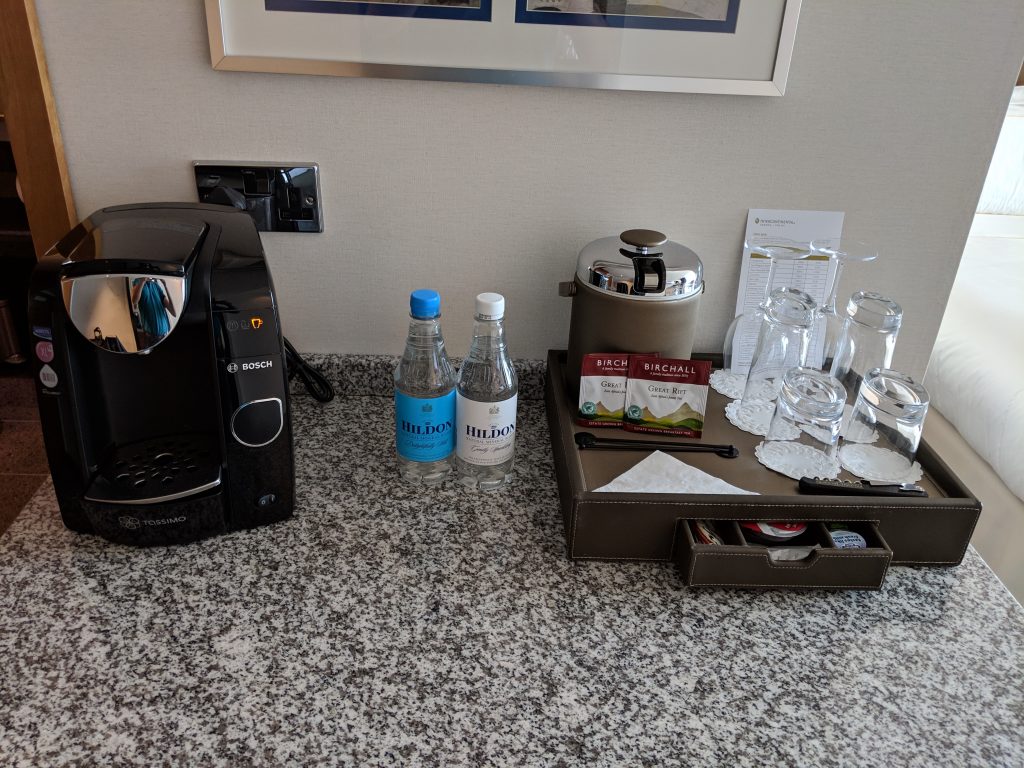 I received a warm welcome to the hotel with a box of macaroons, fresh fruit and a plate of cakes. Mineral water was provided along with a good quality coffee maker. All the usual amenities such as bathrobe and slippers, safe, iron and ironing board were also there and turndown service was provided.

There were some high tec controls for the room such as a very fancy looking display by the door for controlling the air conditioning, lights and do not disturb signs. I did find the light switches a bit confusing to work out which was which though! 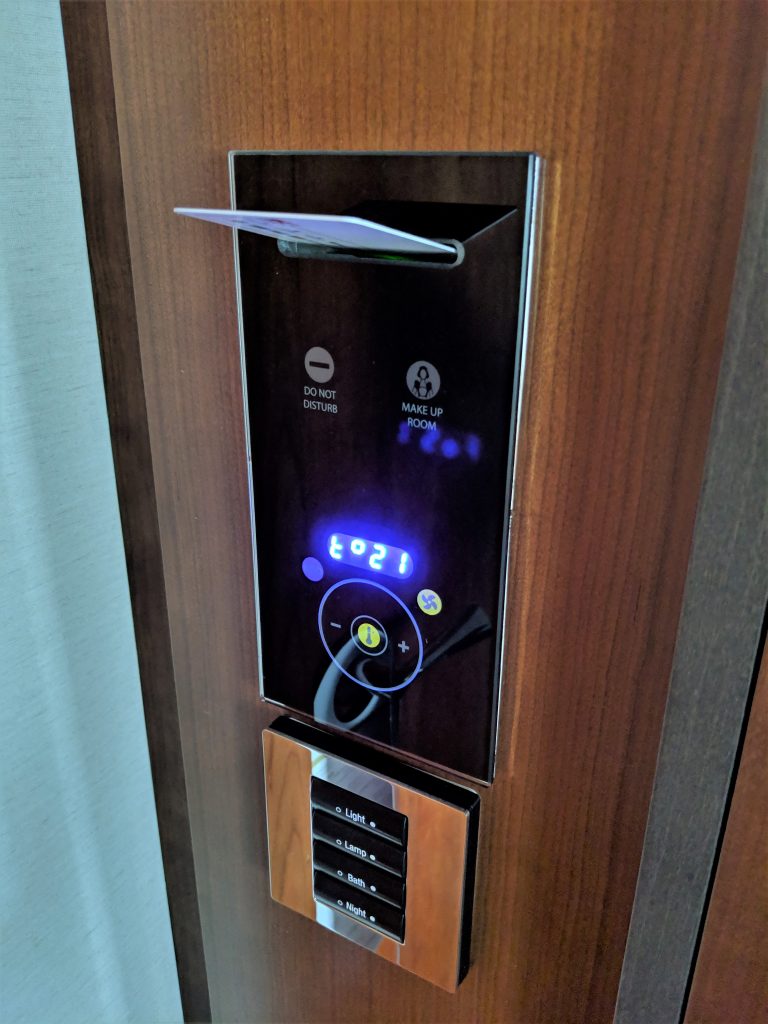 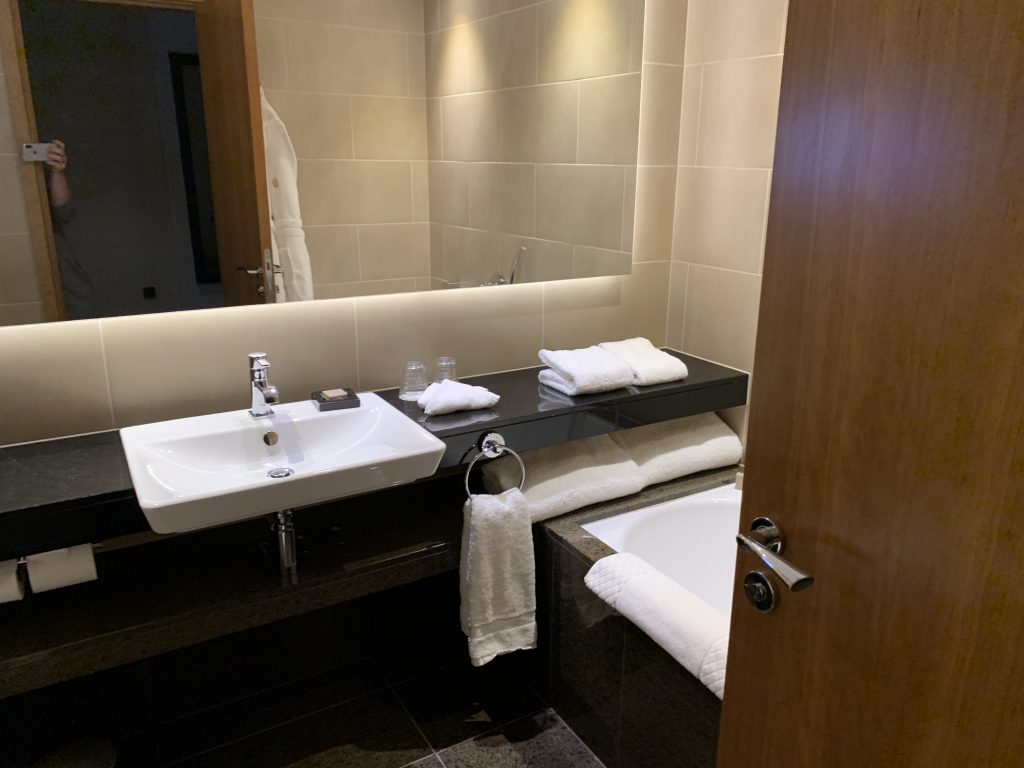 I particularly liked the bathroom with its large walk-in shower, deep soaking bath and vanity area with lit magnifying mirror. Although there was only a single sink there was lots of space either side to put toiletries. The toiletry selection was particularly extensive with items like mouthwash, dental kits and upscale toiletries. I liked the smell of the toiletries which were fairly neutral.

The entry level room is the Superior room which is almost identical to the one we had and also has great river views. 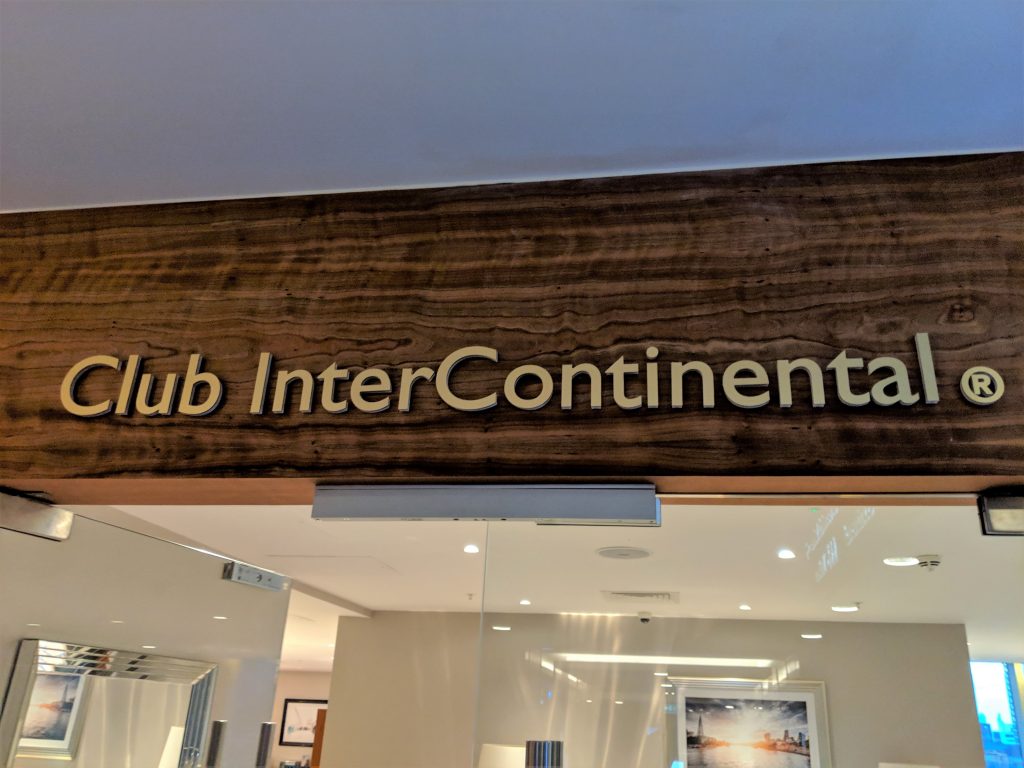 There is also the option of buying Club access as I was offered or there are Club rooms which are similar to the Deluxe room we had. The Club is open for breakfast, afternoon tea and evening cocktails & canapes. 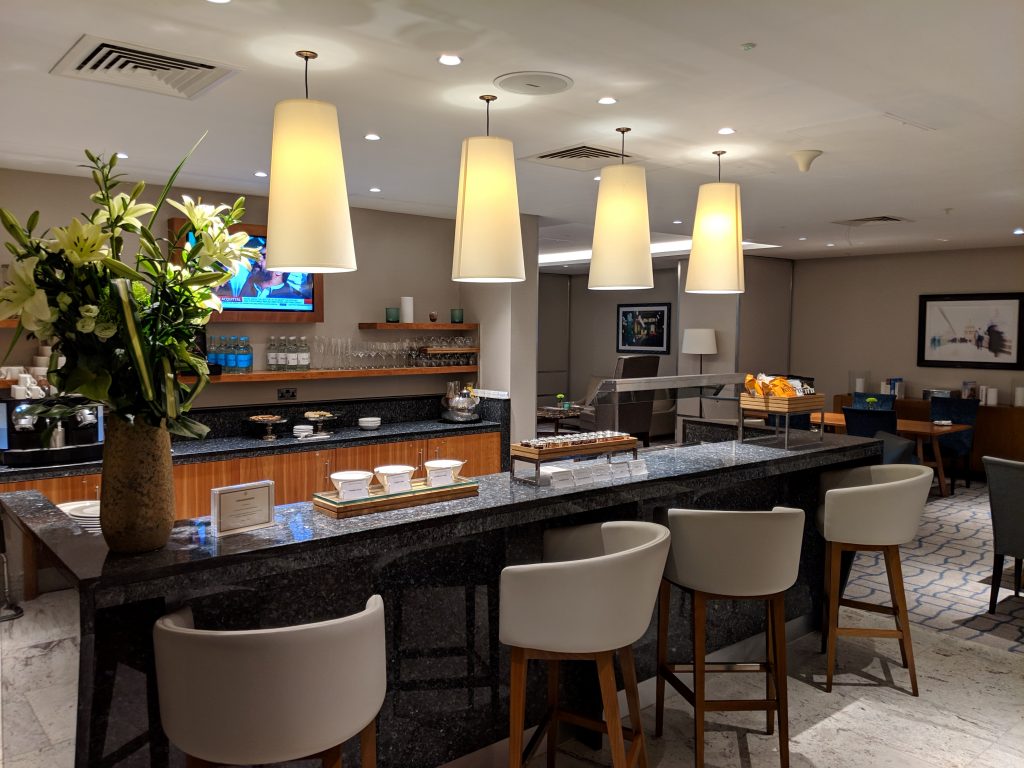 There were river views on one side of the lounge which would be nice for an evening cocktail or two! 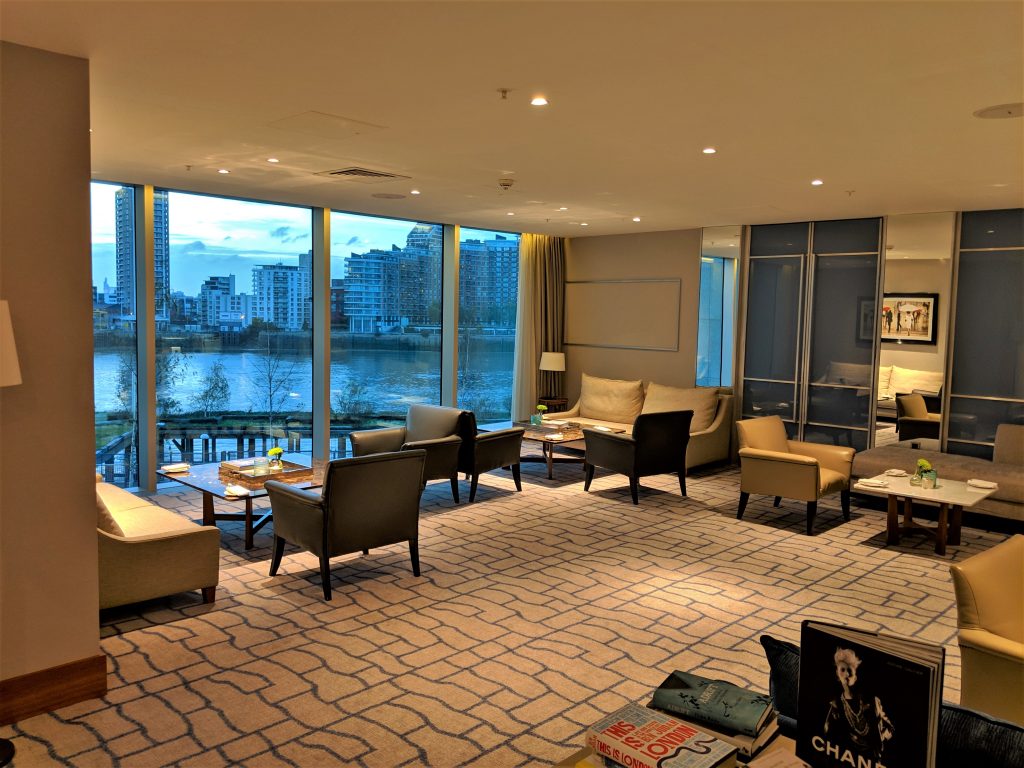 The hotel really surprised me with its bars and restaurants. I would actually go back to the hotel if I was in the area just to visit the Clipper bar or Peninsula restaurant. There were three bars – the Eighteen Sky Bar on the top floor which had more of a late night feel.

On the ground floor is Meridian which is part coffee shop, part bar and served an excellent silky cappuccino.

My favourite was the Clipper bar which was as the name suggested, nautically themed with a particular focus on gin. I loved the massive corner floor to ceiling windows giving a panoramic view of the London skyline at night.

Breakfast is served in the Market Brasserie and was extremely comprehensive. The restaurant itself felt smart and had the ubiquitous views of the Thames.

The service was a little slow on the first day but much better the second day. They even were happy to find some cranberry juice for me on both days as they did not have it on the buffet. There was a large selection of cold meats and cheeses along with smoked salmon and salad. The hot selection was probably one of the most extensive I have seen on a buffet in the UK with things like roasted vegetables and vegetarian sausages plus Chinese Congee. You could also get eggs to order if you wanted. 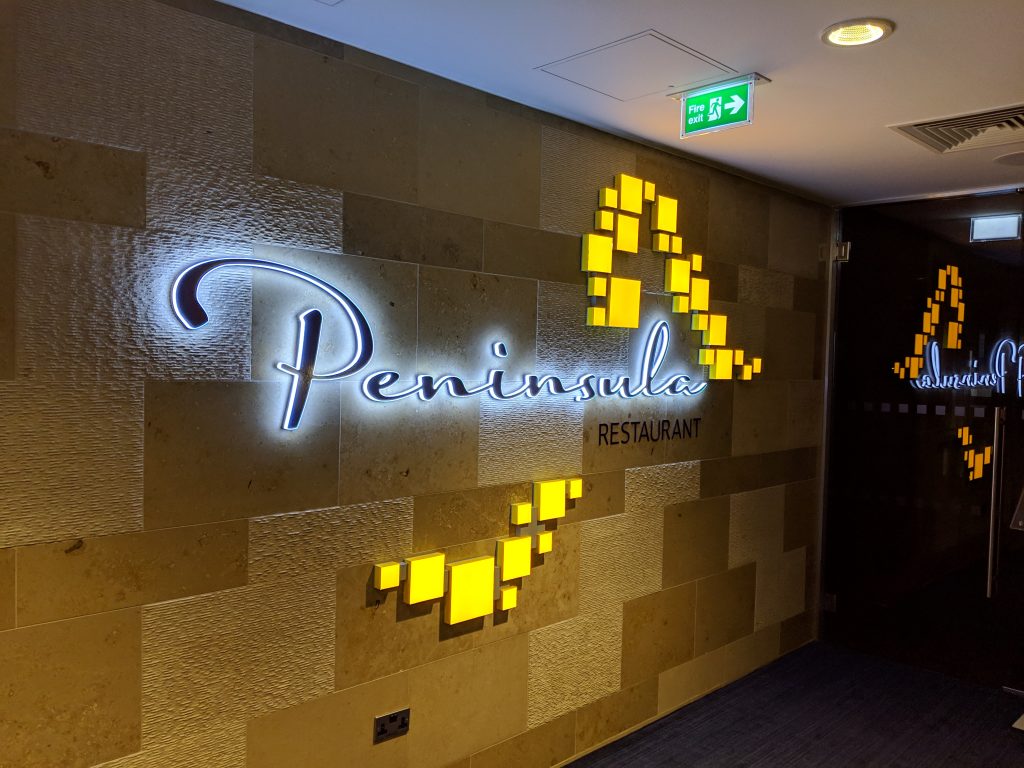 This was the highlight of my stay and is justifiably mentioned in the Michelin guide although not yet with a star. In my opinion, it was well up there with one star Michelin restaurants. I liked the feel of the restaurant which had an elegant feel and would be great for a romantic occasion with its river views. For me, this is one of the best fine dining bargains in London and with a great view too!

We had the set menu which is excellent value for just £35 for 3 courses.

To start with we were given some delicious canapes which included a potato with sour cream and caviar and some chicken lollipops. I loved the presentation on the rustic box. In fact, all the food was beautifully presented with a careful choice of the plates to present them on. Some delicious crusty warm bread was also served with good quality butter which proved too much temptation for both us.

As a starter, I had chosen the mackerel which was served with cucumber and rather unusually peanuts. The mackerel was cooked to perfection with a lovely crispy skin and a meltingly soft flesh. The accompaniments offset the oiliness of the mackerel and surprisingly the nuts worked too added some welcome texture.

My dining companion went for the crêpe which he also thought was delicious. I had a bit of plate envy as it looked so beautiful!

I had gone for cod with coco beans and sea fruit as a main course as well which was also well cooked with a lovely golden outside and soft flaky flesh. I have to admit I did have some food envy though as my dining companion’s plate of pork belly looked particularly tempting with its crispy looking crackling and apparently it tasted at least as good as it looked.

I had the Banana with tiramisu for dessert which had tonka beans. Fortunately, they didn’t overpower as they often can if used in unskilled hands and they just gave a very subtle hint of vanilla to the dish. Or for a supplement you can have a good cheese selection as my friend did.

Finally, we were presented with a selection of petit fours including some very decorative looking chocolates.

The service was also particularly noteworthy as our waiter was both charming and professional throughout the meal.

Our meal was kindly offered for free by the hotel but I paid the going rate for my hotel room. 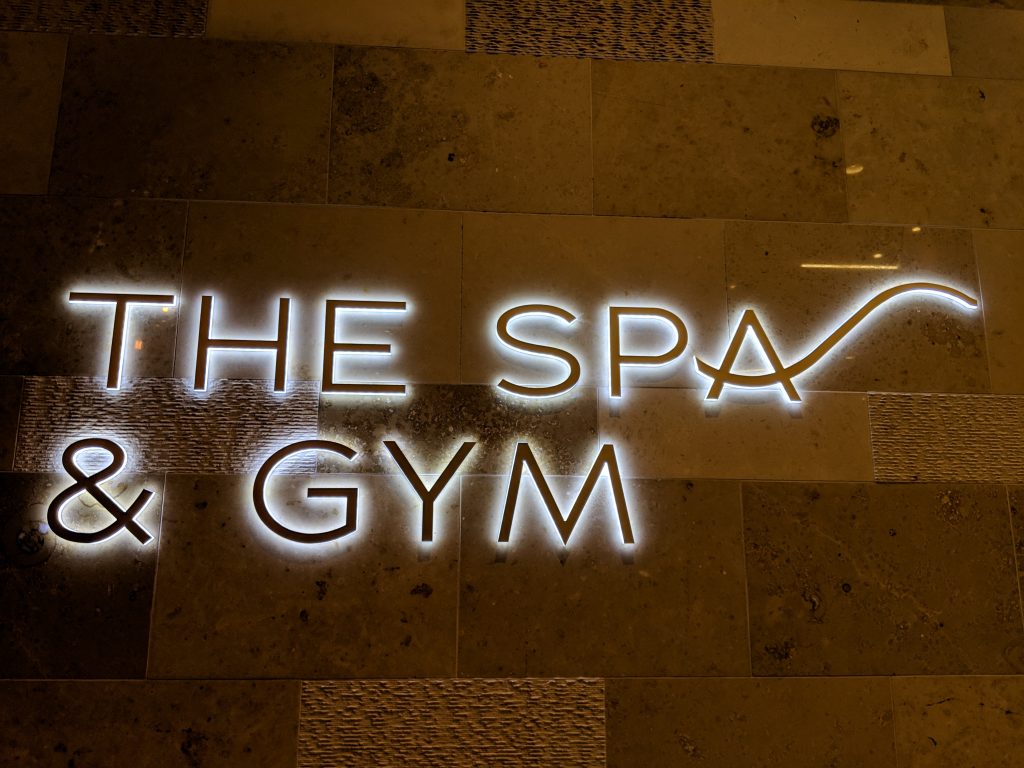 Sadly I didn’t have time to have a treatment in the spa but I did have a quick look round for next time. The spa uses ESPA products and I liked the water feature at the entrance. 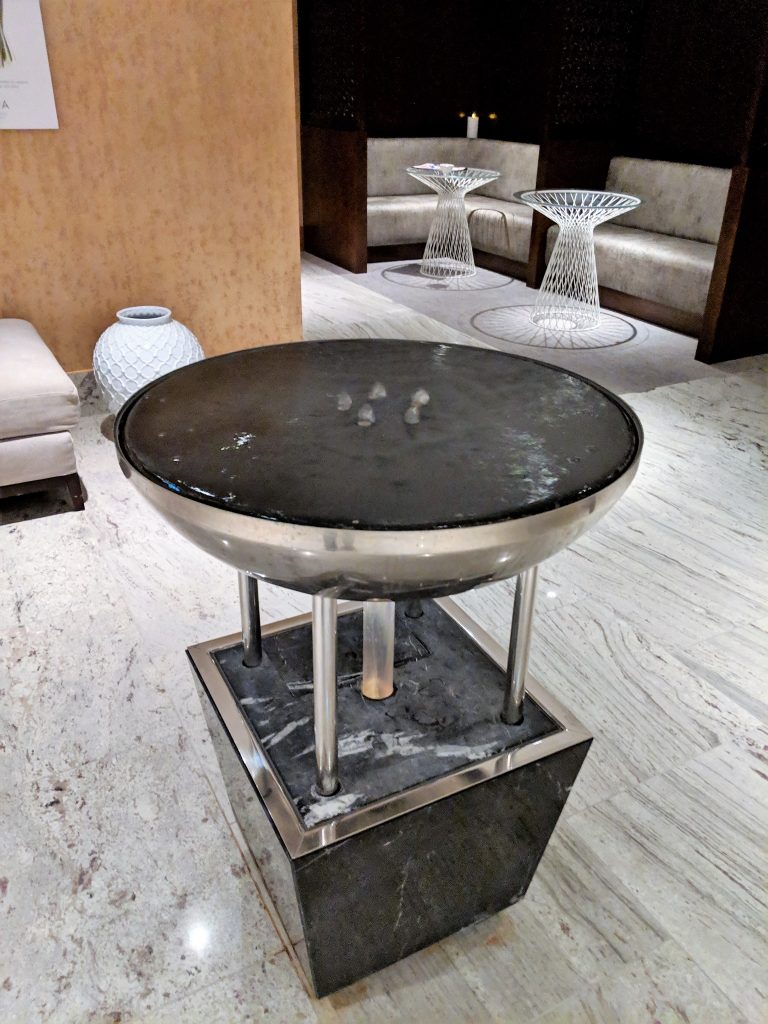 The facilities were also good with a large pool, hydrotherapy pool, sauna and steam room. 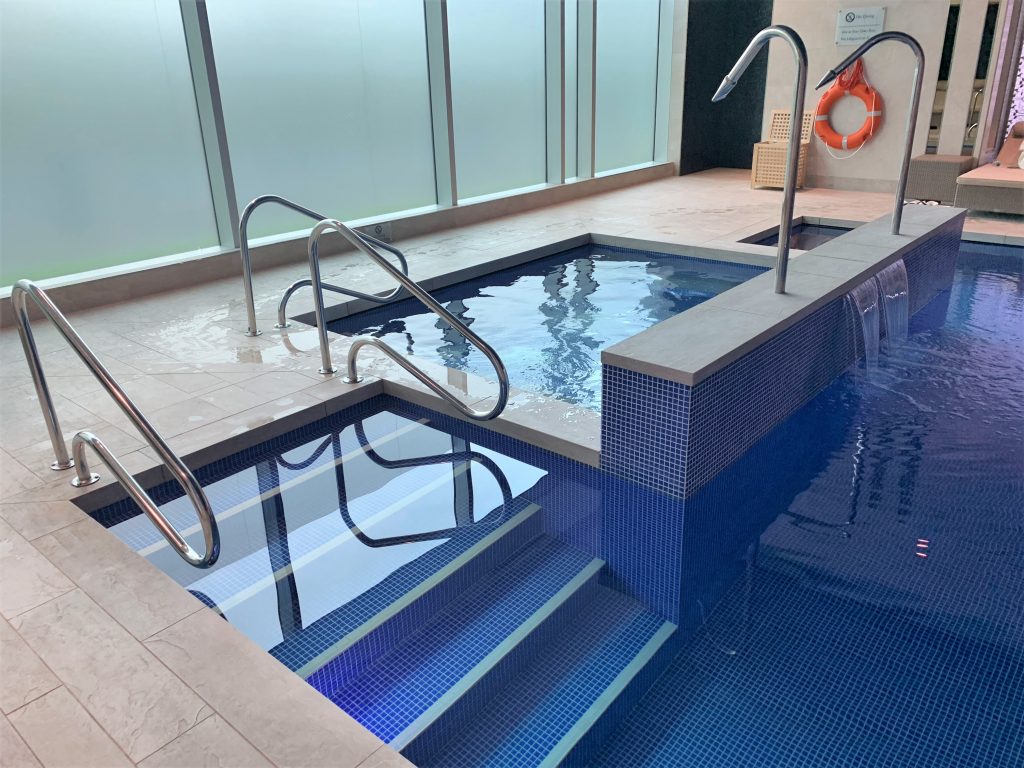 Unusually for many hotels, the pool had plenty of loungers around it if you wanted to relax. 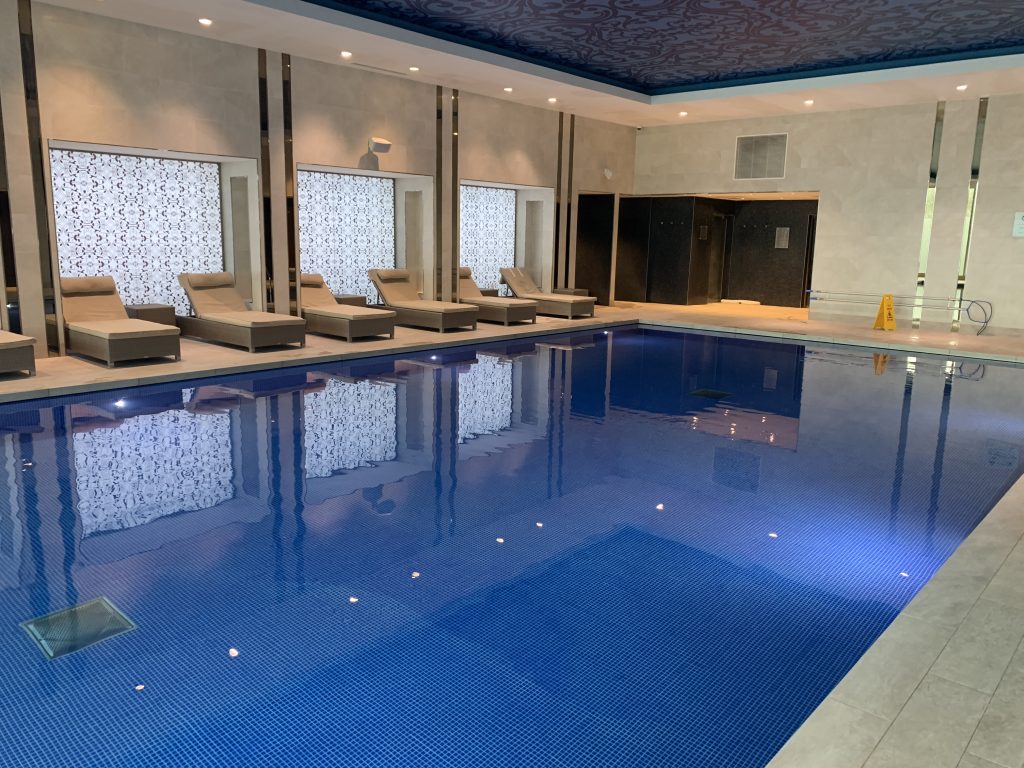 The hotel also has a well-equipped gym. 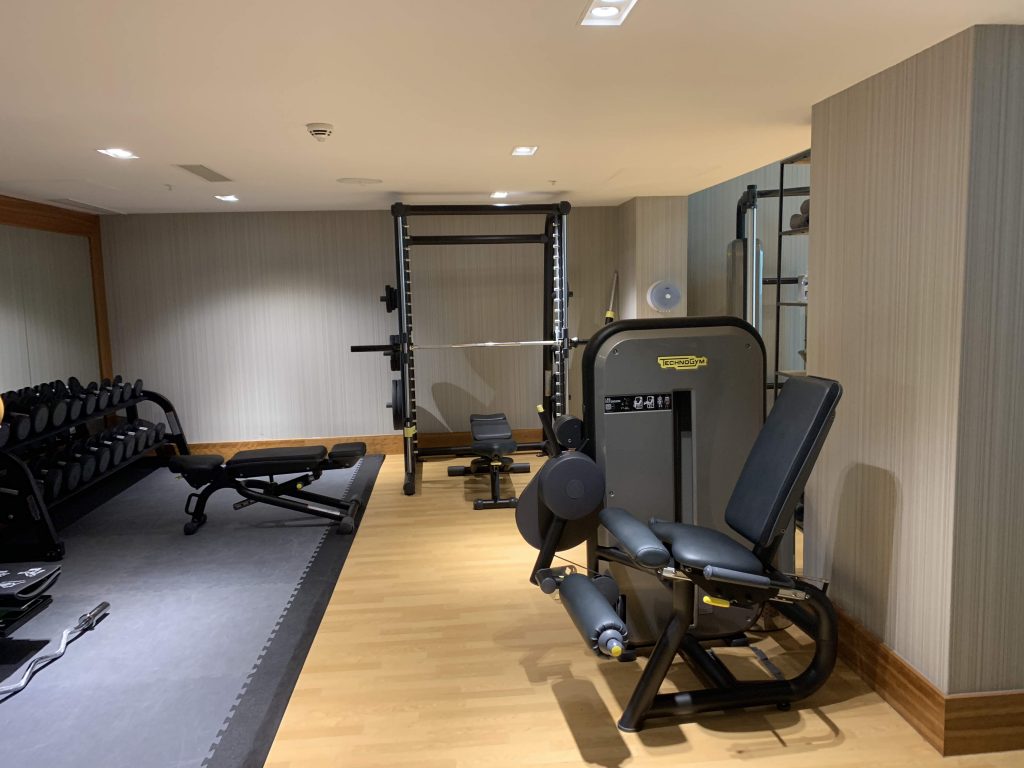 Plus if you are ever thinking of holding an event in London, the hotel has the largest pillar-free ballroom in the UK.

I was very pleasantly surprised by the InterContinental O2 in several ways, particularly the views, the bars and most importantly the wonderful meal at Peninsula restaurant. I would definitely return here if I was attending an event at the O2 and hope to return to the restaurant again too.

Standard rooms start at a reasonable £136 currently or 45,000 IHG Rewards points. You can find the latest prices and more information on the InterContinental O2 here 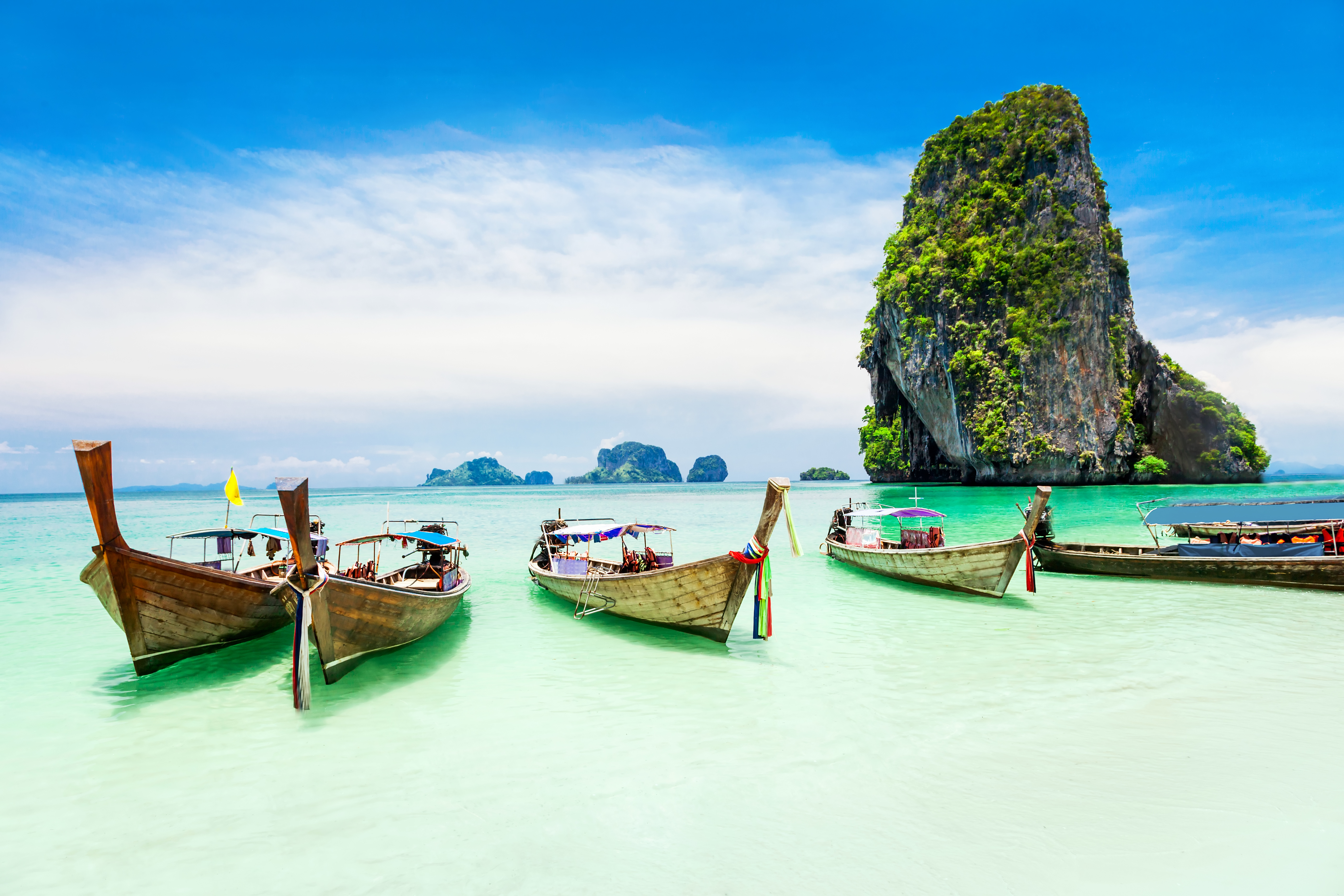 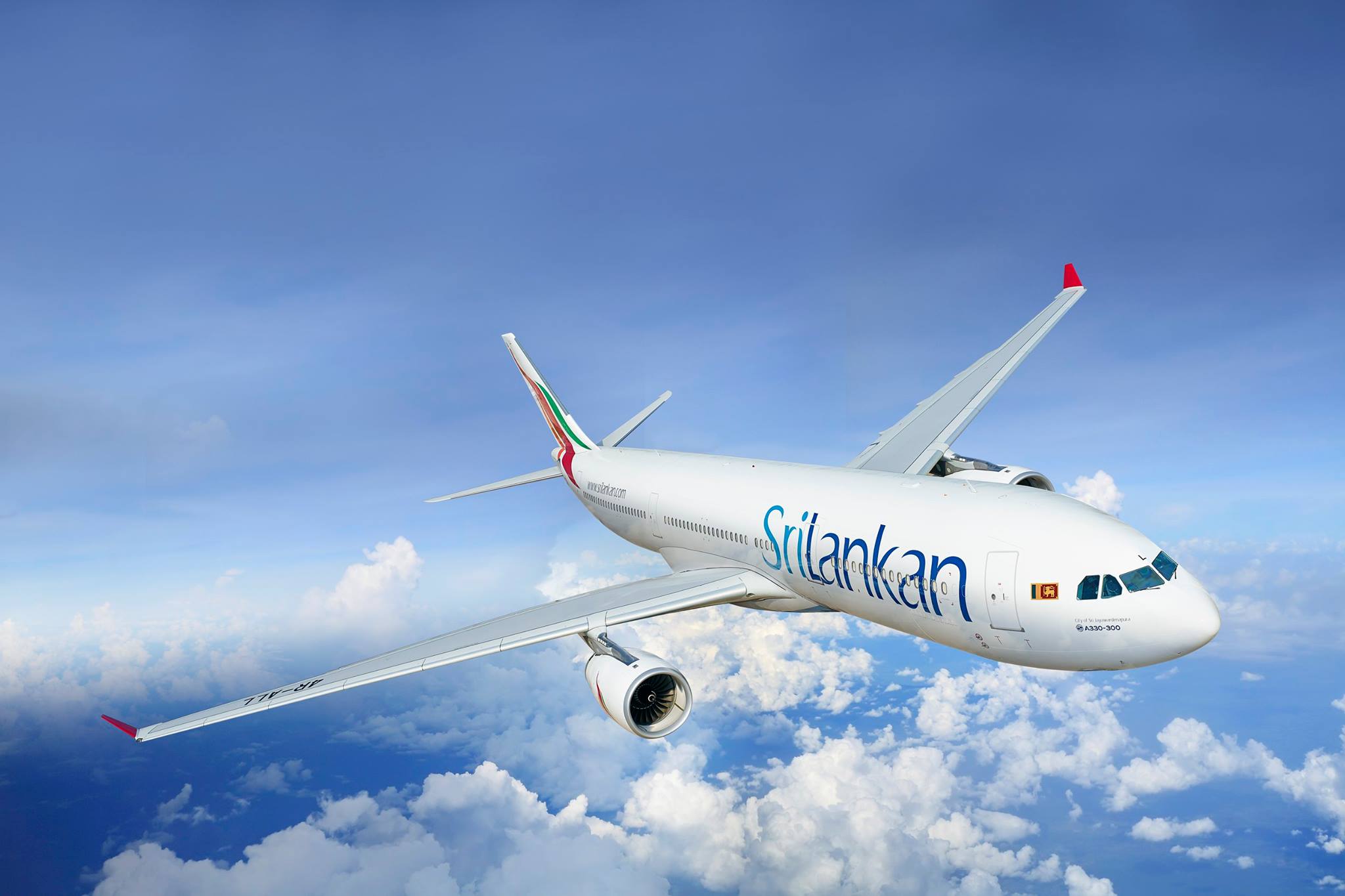