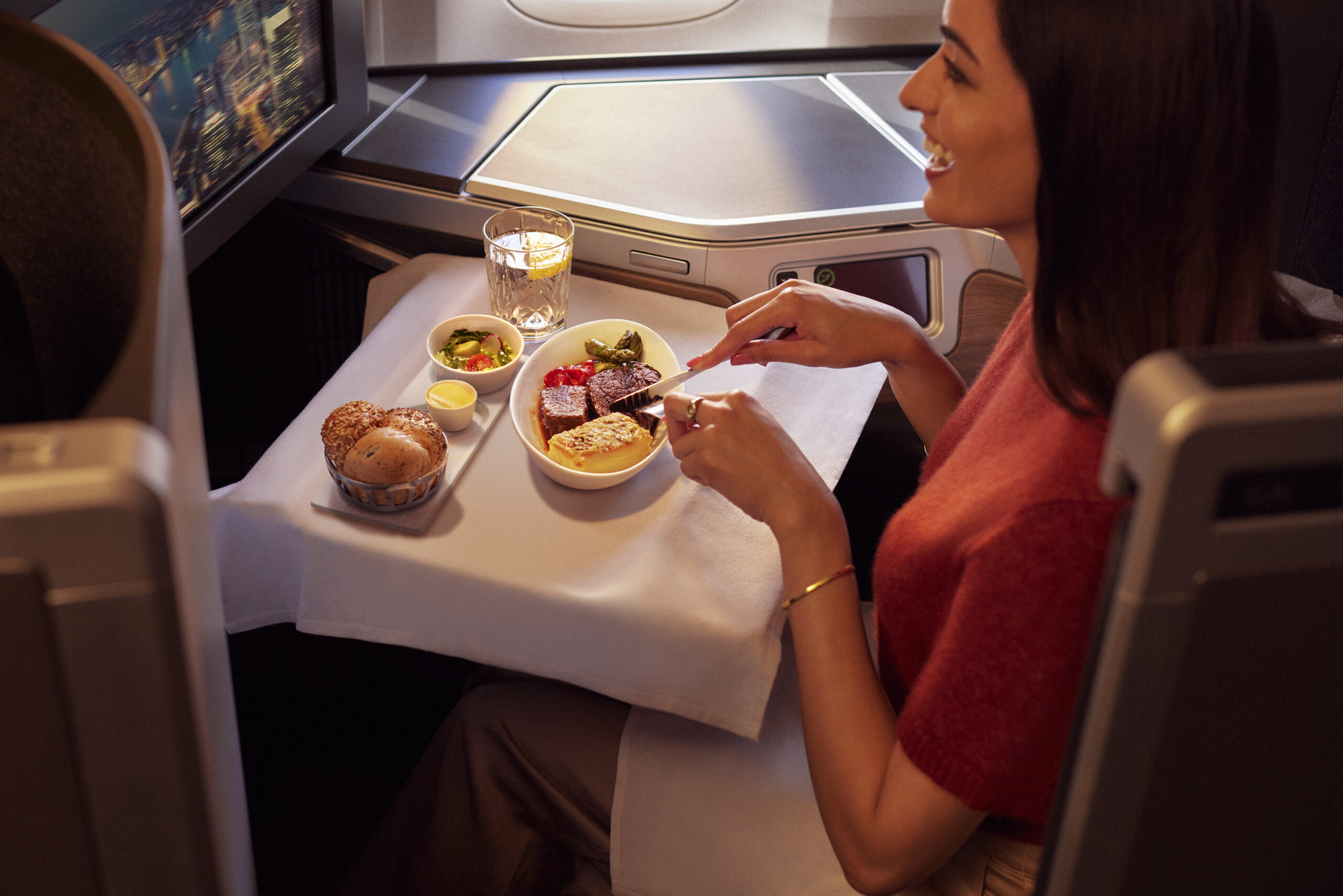 From tomorrow, British Airways is relaunching its Club World (business class) service with new menus. Up until now, BA has been offering a one-tray style service due to lack of staff. While the main courses were decent, the starters and desserts were the same size as Club Europe and pretty woeful in many circumstances.

The return to a full service will include new enhanced standards of dining where each course is served to customers individually. British Airways will start serving signature hot soups and warm desserts, such as artichoke and parmesan soup with rye croutons and warm apple strudel with vanilla sauce, which are both perfect starts to the airline’s winter menus. Those both sound good to me!

Here is an example menu available on certain flights to JFK:

Afternoon tea – served 90 minutes or so before arrival 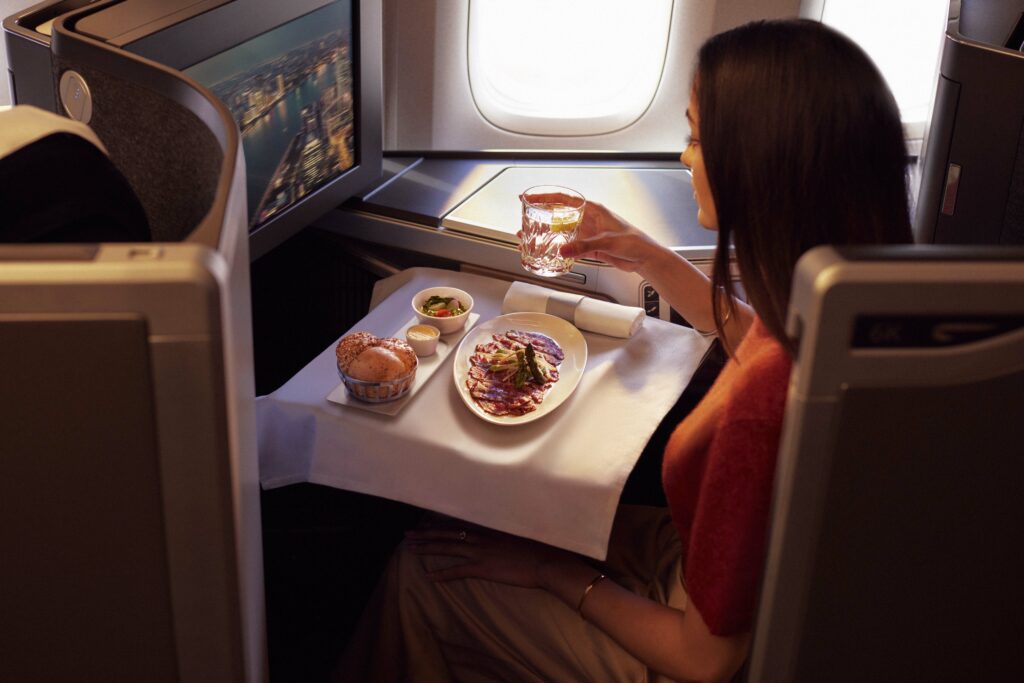 I don’t know what you think, but this looks like a big improvement to me, and I look forward to trying it out next month, hopefully. Looking at the photos it looks like you may get a small side salad as well as the starter.

There will also be a range of seasonal options for customers to choose from, such as the British Original Cottage Pie or chocolate fondant with crème anglaise. In addition, the airline will also be offering menus with regional variations that features cuisines tailored to specific routes, including lemon and herb grilled mahi-mahi fish on its Caribbean flights, chicken dum biryani on routes from India and king prawn machbous from the Middle East.

For those customers wanting to maximise their sleep on board, the airline is also reintroducing its express service on evening flights. Customers will be able to request a one-tray service so they can get to sleep quicker.

The new menus have been carefully curated by British Airways’ culinary experts and have been thoughtfully paired with beverage options from the airline’s inflight drinks menu. Over the last few months, the airline has been trialling menu variations and service styles with the airline’s cabin crew to ensure they meet customers’ expectations.

Sajida Ismail, British Airways’ Head of Onboard Experience, said: “It’s incredibly important that when we brought our full service back, it exceeded our customers’ expectations. We have taken time to ensure that we are offering a premium brasserie-style dining experience that not only tastes good, but one that our crew feel confident in delivering.

“We have had such great feedback from the recent introduction of new menus across our First, World Traveller Plus, World Traveller and Club Europe cabins and we know our new Club World menus won’t disappoint.”

The airline also launched its newest advertising campaign last week, which celebrates British Airways’ people, its customers, the nation and how it has helped make British Airways a British Original. As part of this campaign, customers can expect to see the celebration of originality throughout the menus with British classics and a focus on British provenance.

There is a series of new adverts which you can find on BA’s Youtube channel.

The airline is also introducing a refreshed Club World check-in zone at Heathrow Terminal 5, to enhance the premium experience at every step of their journey.

British Airways is also continuing to roll out its newest business class seat, Club Suite, across its Boeing 777 fleet. The airline has taken delivery of another A350 aircraft this year, which has the Club Suite installed. The aircraft’s being refurbished will have the latest generation of the First cabin too, including the introduction of the First suite door. You can read my review of the new First Suite with the new First menu here.

I noticed in the press release that there was no mention of the previous promise that all B777s at Heathrow would have the new Club Suites this year. Given that, according to Flyertalk, the B777-200ERs still have 3 aircraft to go (89%) complete, and the B777-300ER still has 6 aircraft (62% complete) to go it looks very unlikely to happen.

If you are flying BA Club World over the next couple of weeks and would like to share your experience with other TLFL readers, please email photos and menus (plus any commentary if you wish) to [email protected] 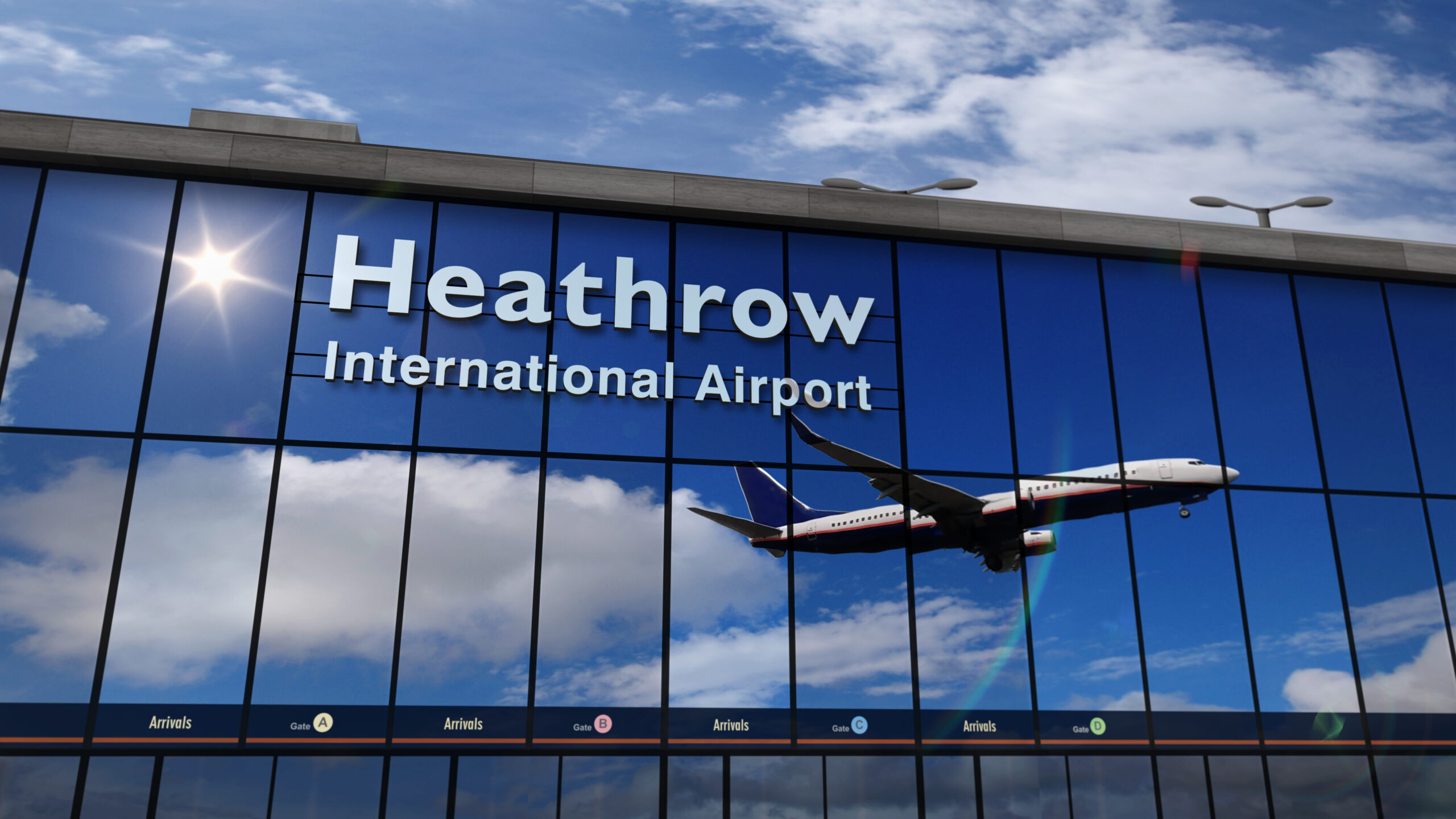 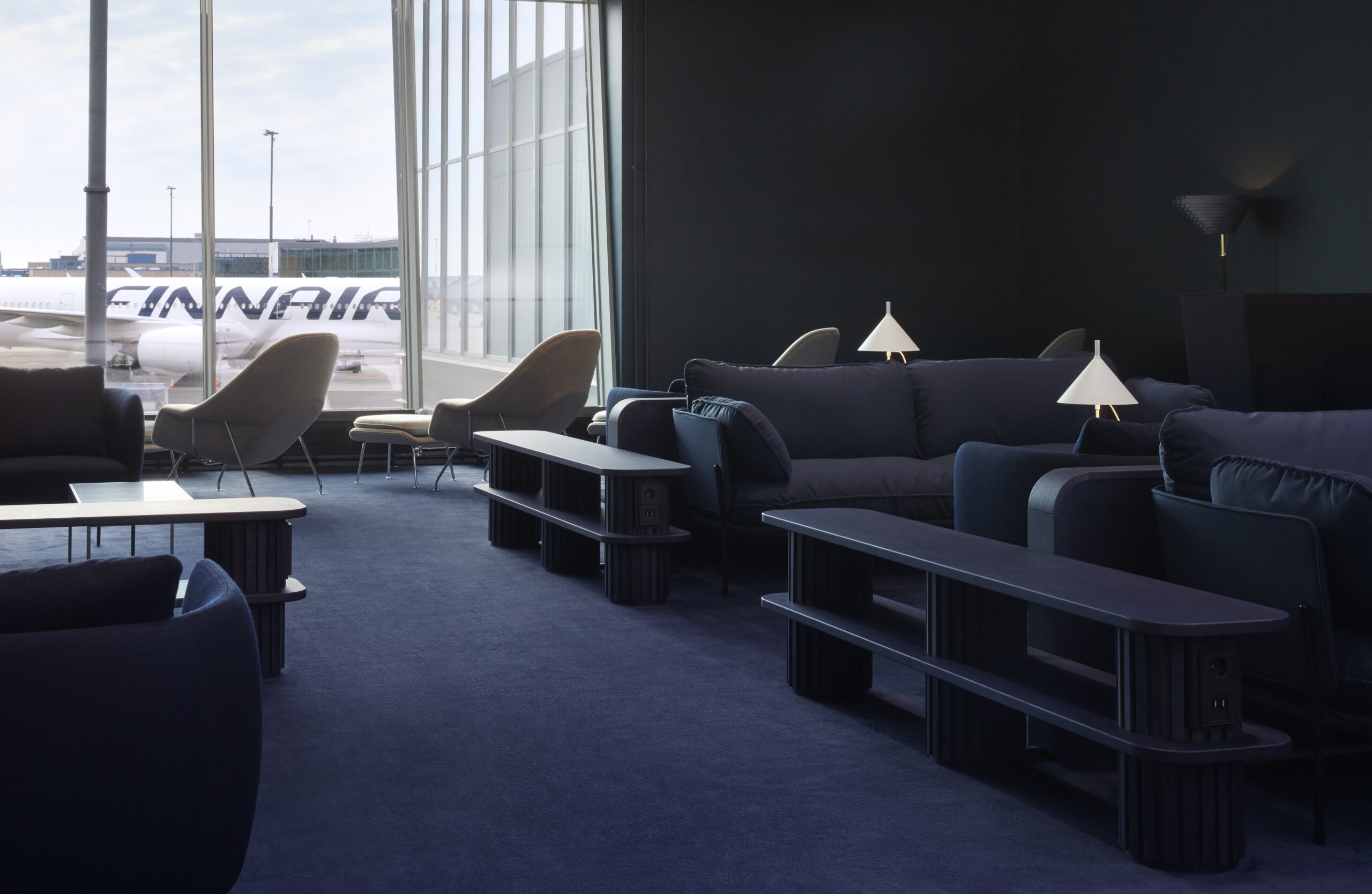