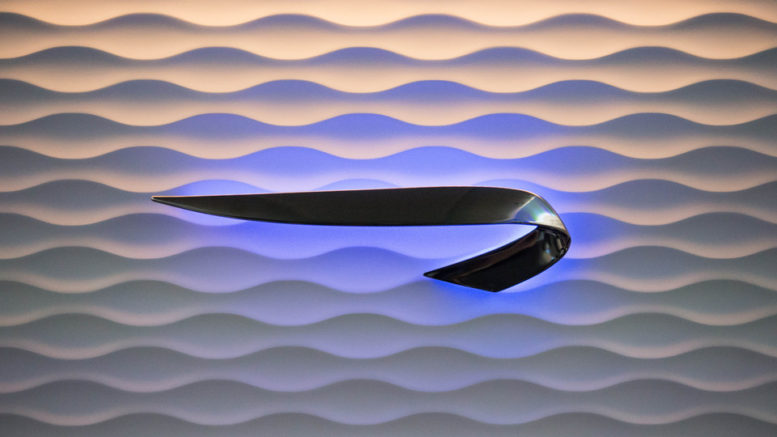 Yesterday BA held a press conference with a few Gold Guest List members invited along too, which was a nice touch. The press conference involved starting at the new Gatwick lounges which I reviewed here and here. They were then flown around for a few hours on a B787 to try the new Club World with new food, better bedding and personalised service routines. The final stage was a tour of the First Wing at Heathrow which I reviewed here and a further talk on the Concorde Room Terrace. Alex Cruz (BA Chief Executive) accompanied them on their journey.

My overall feeling is one of cautious optimism. I think patience is the name of the game. BA have acknowledged that they need to improve their premium product but it will not change overnight.

Alex gave a welcoming speech in which he stated that BA is extremely committed to its customers. Given the recent cutbacks, it is hard to equate this with the current reality. Alex is hoping that customers notice a step change  in their travel experience, as BA “change the way we fly the world”. BA are committed to investing in the customer experience with a £400m investment on mainly the premium product. 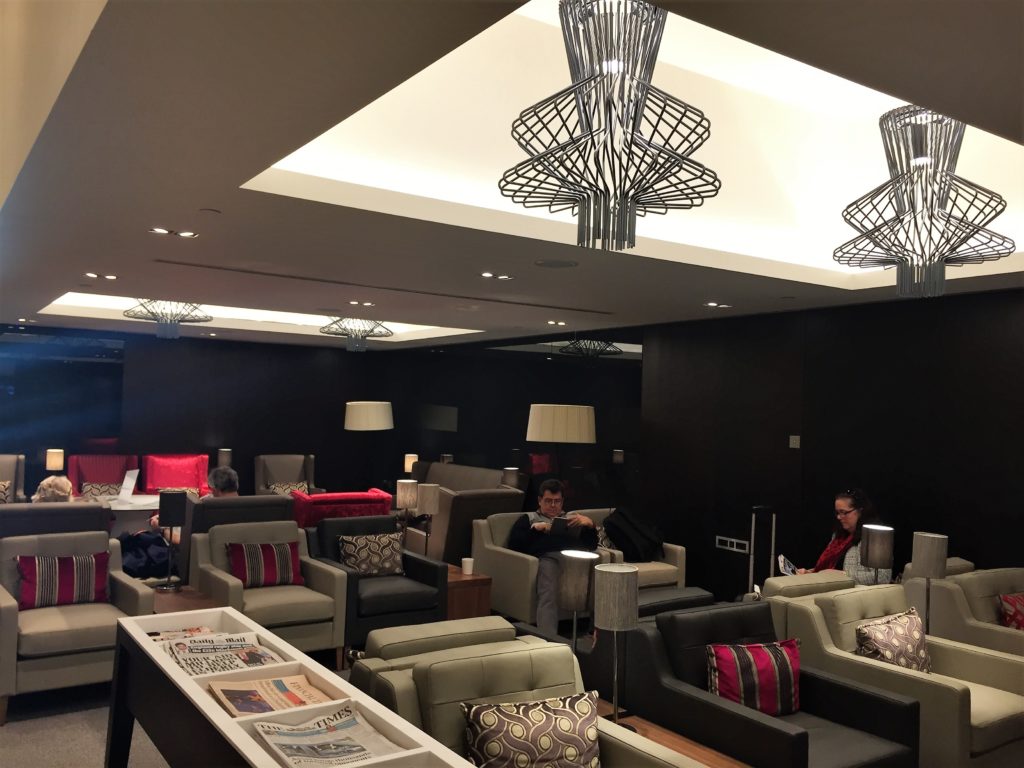 BA have recently opened new lounges at London Gatwick and Boston. Alex felt that the new lounge at Gatwick offered something very different to the previous lounge. I agree it’s a definite improvement, although pretty much the same as Heathrow, if a bit fresher. He also said that the Boston lounge had received good feedback, in particular the horseshoe bar with its views of the downtown Boston skyline.

There are a lot of other lounges planned for refurbishment in the near future. New York’s JFK Terminal 7 will receive over $65m (£52m) to refurbish the First and Club World lounges as well as an improved check in, security and the boarding gates. In 2018 Aberdeen, Rome and Geneva’s lounges will be revamped, and further investment is planned in Miami, San Francisco, Johannesburg, Manchester and Chicago. The Heathrow lounges are also earmarked for refurbishment but obviously this is a huge undertaking. The Concorde room refurbishment is more imminent. 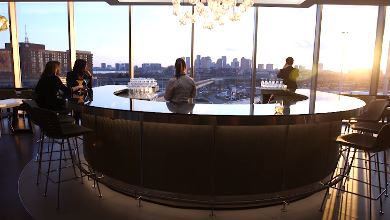 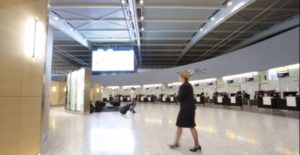 The First Wing has been well received by customers with times from drop off to the lounge of around seven minutes. Based on 2016’s figures, around 212,000 passengers will be eligible to use it this year. 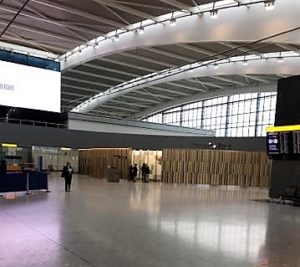 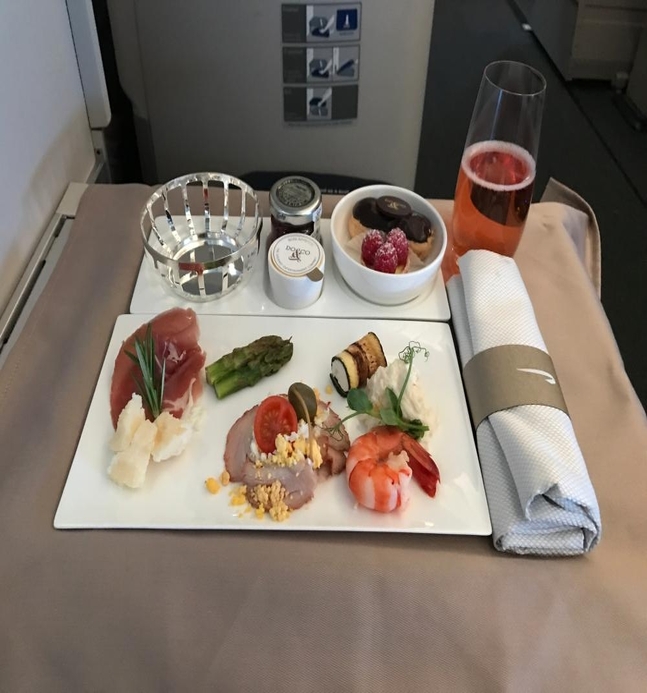 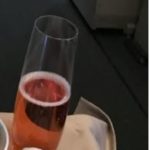 This will be based on an upmarket restaurant-style dining service. The quality of the food should improve as BA have been working with premium caterer Do&Co to achieve this. They have refreshed the way food is served and will introduce new table settings. There will also be a display trolley from which customers can select from a range of starters and desserts.

This includes new stemless wine and Champagne glasses, which I know is love or hate for some people. For me it is win-win. Having had a glass or two of wine tipped over me by cabin crew and equally knocked a few over myself, I think it is a practical solution. Plus they seem bigger than the old ones, which is a bonus! I have to say I am not sure about the brown tablecloths though. 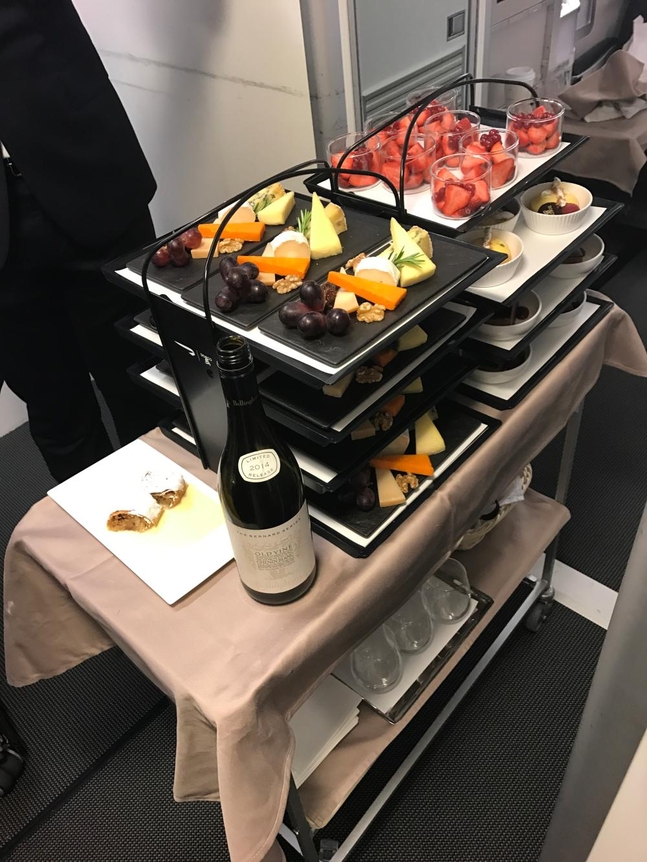 The changes for food and the soft product will launch on flights between London Heathrow and New York in August 2017 and will then roll out across the Club World routes throughout 2018.

The next step will be the new Club World seat, which is currently being worked on. BA accept they need to evolve to keep up with the competition. The seats are likely be fitted first on the A350 and then across the fleet.  There were no firm dates as the seat is still being worked on. British Airways expects to see its first Airbus A350-900 and Boeing 787-10s from 2019. Alex confirmed  there will definitely be aisle access for every seat. Hurrah – only several years after everyone else!

Unsurprisingly, there has obviously been some kick back about the Club Europe changes that I reviewed here. BA said that the medium band meals will be kept under review as will food quantities. The removal of fruit on breakfast services will also be reviewed. My Roving Reporter experience his first short band route on Club Europe today and was less than impressed. Buy on board is here to stay as BA say that load factors have increased since it was introduced (?). They will continue to review the service to iron out any issues.

BA announced Wi-Fi and video streaming is coming to US flights soon via satellite. Short haul WiFi will start in 2017. They are planning to fit 23 aircraft with Wi-Fi this year. There will be 2 options for Wi-Fi; a basic service from £4.99 and a premium faster service from £7.99. Prices will be dependant on the flight length. BA are considering a monthly WiFi subscription in the future which I think would be a good idea for frequent business travellers (unless you enjoy being unreachable!). There will be an opportunity to use Avios to pay for Wi-Fi as per buy on board.

There are no changes anticipated in value of Avios redemptions or in the tier point structure. There are changes coming to the BA Executive Club to make it more “customer friendly”, whatever that means.

Thanks to Flyertalk and Tobias-UK for some of the information.